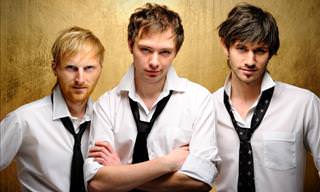 There were three guys named Jackson who were all in the clothing business. Due to lack of real estate options in their city, they all set up shop next door to each other. In order to convince customers to come to their store rather than one of the other Jacksons, they all put up signs to attract customers. The one on the left puts up a sign that says "Jackson's clothing store (BEST PRICES!)" Not to be outdone, the one on the right puts up a sign that says "Jackson's clothing store (BEST QUALITY!) The one in the middle thinks about it for a while, and eventually puts up a sign of his own. "Jackson's clothing store (MAIN ENTRANCE)."
business joke sign convince customers jackson clothing store main entrance best prices best quality outdone
Rate: Dislike Like
Chess Puns
What did Michael Jackson say to his chess opponent?
“It don’t matter if you’re black or white.”
Puns
A soda company printed Michael Jackson on all of their cans
He really is the king of pop
I'm having mixed feelings about being a Michael Jackson impersonator.
On one hand, you get to wear a cool white glove.