Food Quotes
“Today I bought a doughnut without sprinkles. This diet thing is hard.”
― Unknown
"A balanced diet is a cookie in each hand."
— Barbara Johnson
"Your diet is a bank account. Good food choices are good investments."
— Bethenny Frankel
"I've been on a diet for two weeks and all I've lost is two weeks."
— Totie Fields
"Vegetables are a must on a diet. I suggest carrot cake, zucchini bread, and pumpkin pie."
— Jim Davis
"The only time to eat diet food is while you're waiting for the steak to cook."
— Julia Child
Utensils Puns
When my doc said that my kitchenware diet was bad for my bowels, I crapped my pans.
Garden Puns
Did you hear about the squirrel diet? It’s nuts! 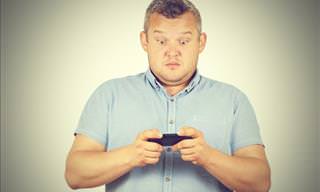 A guy heard about this amazing new weight loss company, all his friends tell him there's nothing like it for losing a quick 5 pound. He calls the company and orders their 5-day, 5lbs weight loss program. The next day, there's a knock on the door and there stands before him a voluptuous, athletic, 19 year old woman dressed in nothing but a pair of running shoes and a sign around her neck. She introduces herself as a representative of the weight loss company. The sign reads, "If you can catch me, you can have me." Without a second thought, he takes off after her. A few miles later puffing and puffing, he finally gives up. The same girl shows up for the next four days and the same thing happens. On the fifth day, he weighs himself and is delighted to find he has lost 5lbs as promised. He calls the company and orders their 5-day/10 pound program. The next day there's a knock at the door and there stands the most stunning, beautiful, sexy woman he has ever seen in his life. She is wearing nothing but running shoes and a sign around her neck that reads, "If you catch me you can have me". Well, he's out the door after her like a shot. This girl is in excellent shape and he does his best, but no such luck. So for the next four days, the same routine happens with him gradually getting in better and better shape. Much to his delight on the fifth day when he weighs himself, he discovers that he has lost another 10 lbs as promised. He decides to go for broke and calls the company to order the 7-day/25 lbs program." Are you sure?" asks the representative on the phone. "This is our most rigorous program." "Absolutely," he replies, "I haven't felt this good in years." The next day there's a knock at the door; and when he opens it he finds a huge muscular guy standing there, wearing nothing but pink running shoes and a sign around his neck that reads: "If I catch you, you are mine."
joke about men losing weight diet exercise program
Rate: Dislike Like
Funny Aging Quotes
"Thanks to modern medical advances such as antibiotics, nasal spray, and Diet Coke, it has become routine for people in the civilized world to pass the age of 40, sometimes more than once." - Dave Barry
Funny Health Quotes
"Never eat more than you can lift"- Miss Piggy.
---
"I tried every diet in the book. I tried some that weren't in the book. I tried eating the book. It tasted better than most of the diets."- Dolly Parton
"The only time to eat diet food is while you're waiting for the steak to cook"- Julia Child
"Avoid any diet that discourages the use of hot fudge"- Don Kardong
"Food is an important part of a balanced diet." —Fran Lebowitz
Nuts Puns
When the peanut eating diet patient gained weight he went to his doctor to complain. The doctor asked him what he had been eating. The patient said he was eating what his doctor recommended, a nut-rious diet.
If I Had a Dollar... Jokes
If I had a dollar for every time I was planning to go on a diet, I’d be able to buy a treadmill I’d never use. 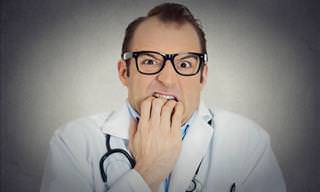 A man returns from a foreign holiday and is feeling very ill. He goes to see his doctor, and is immediately rushed to the hospital to undergo tests. The man wakes up after the tests in a private room at the hospital, and the phone by his bed rings. "This is your doctor. We've had the results back from your tests and we've found you have an extremely nasty STD called G.A.S.H. It's a combination of Gonorrhea, AIDS, Syphilis, and Herpes!" "Oh my gosh," cried the man, "What are you going to do, doctor?" "Well we're going to put you on a diet of pizzas, pancakes, and pita bread." "Will that cure me??" asked the man. "Well... no." The doctor replied. "But it's the only food we can get under the door."
doctor joke phone diet hospital joke AIDS pizza syphilis herpes pancake pita brea gonorrohea private room
Rate: Dislike Like
Want to start your day laughing? Register to our Daily Joke! Want to start your day laughing? Register to our Daily Joke!
Did you mean:
Continue With: Facebook Google
By continuing, you agree to our T&C and Privacy Policy
Contact us | Help | About us | Terms | Privacy policy | Categories | Archive | Collections
Login
Already registered?
Enter your email address and get full access.
Did you mean:
Not a member? Click Here
Personal Details