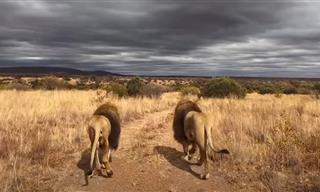 How ‘The Lion Whisperer’ Gave New Life to Two Lions

Kevin Richardson, a wildlife conservationist, and a self-taught sanctuary owner, has become popular in recent years as "The Lion Whisperer". He works with African lions and other big cats and helps many rescued animals. 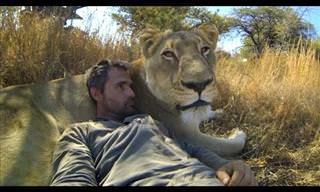 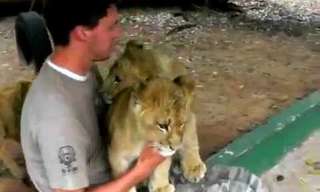 The Lion Hug and Kiss - Adorable!

If you thought big cats don't feel love and affection, just watch as these young baby lion cubs come give a Park Worker hugs and kisses on his last day with them! The Lion Hug and Kiss - Adorable! 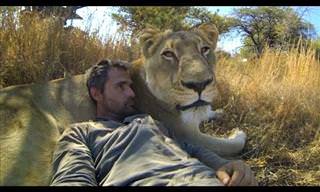 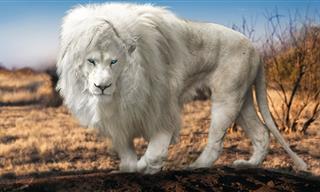 Have You Heard of These Unusual Types of Lions?

When imagining a lion, it’s safe to assume most of us have a pretty similar mental image. But lions are a far more diverse species than most people know. The 8 types of lions featured in this video are the most unique around the world, some of them so majestic that they almost seem unreal! 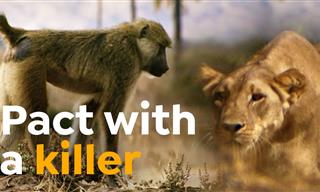 These Baboons and Lions Have Formed an Unusual Alliance

In the African wild, baboons and lions usually don’t get along. In fact, baboons are known to often steal lion cubs, whereas lions are known to hunt these primates. However, in Ruaha National Park, Tanzania, an unusual pact has been formed between these two rivals. 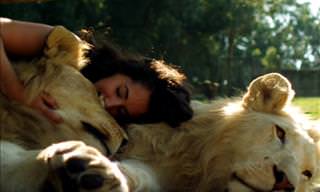 How a Woman Became the Leader of a Lion Pride...

Stepping into a man-eating lions’ den is not something I would ever dare do, but this is what modern day Daniel, Or Lazmi , manages to do every day. And not only does she sit in close proximity, she actually pets the giant beasts as if they were playful little pussycats. Just how does she do it? 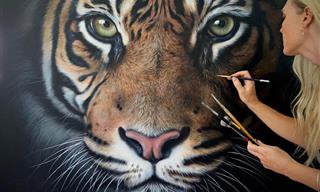 The massive acrylic paintings reproduce tigers and lions from up-close. The artist's works are so realistic, so detailed that it seems that you can reach out and touch the animals. 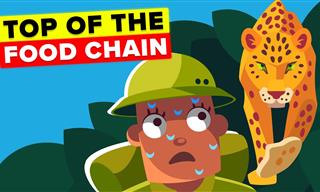 A Lion-Sized Hyena and Other Dangerous Animals in History

Some of the animals mentioned here include a lion-sized hyena, the saber-toothed tiger, and even a terrifying mosquito! 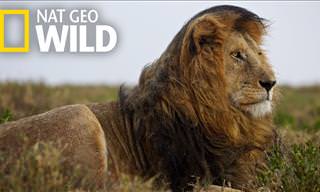 Lions! What You Didn't Know About This Amazing Creature

Do you know what a lion's roar means? Or how many lions are in a pride? This video gives you a brief but thorough run-through of some interesting facts you may not have known about this incredible predator. 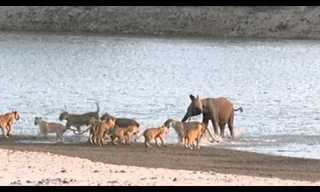 Elephant Fends off 14 Hungry Lions nature, animals, video, elephant, lions, lioness How an elephant convinces a group of lions that this is not an animal worth tangling with... 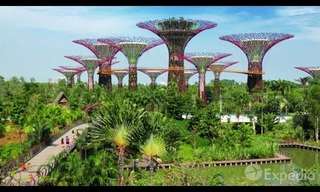 Singapore was founded in 1324, by a king who, by legend, saw a great beast in the area, which was probably a tiger and not a lion, and yet that was the name that was given it. 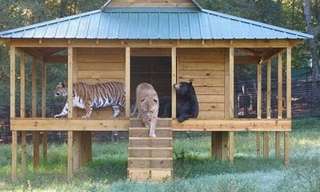 The Lion, The Tiger and the Bear!

They make an unlikely trio, but Baloo the bear, Leo the lion and Shere Khan the tiger have forged an unusually strong bond. Considering that they would be mortal enemies if they ever were to meet in the wild, it is stunning to see their unique and genuine friendship in these intimate pictures! 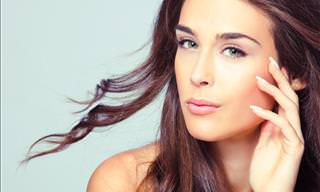 Hilarious: How to Tame a Lion

A circus owner ran an ad for a lion tamer and two young people showed up. One was a good looking guy in his twenties and the other was a gorgeous Brunette about the same age. The circus owner told them, "I'm not going to sugar coat it. This is one ferocious lion. He ate my last tamer. 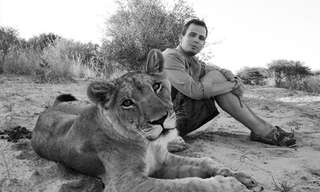 Close Encounters of the Lion Kind....

Close Encounters of the Lion Kind.... nature, animals, photos, photography, lion When a photographer meets and plays with lions... 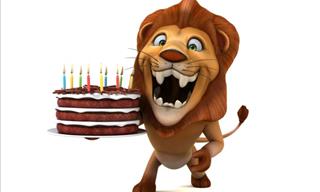 Q: Today is the lion king’s birthday party. All animals except for one arrive. Which animal is missing and why? A: The elephant is missing because he is still stuck in the fridge. Q: Sally must cross an alligator-infested river in order to safely make it out of a huge jungle. 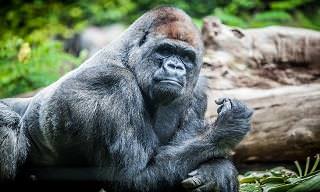 He began to notice that the people were paying more attention to the lion in the cage next to his. Not wanting to lose the attention of his audience, he climbed to the top of his cage, crawled across a partition, and dangled from the top to the lion's cage. 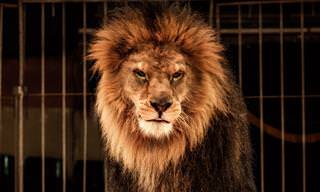 Hilarious: Dealing With the Lion's Share of the Trouble

One says: "I'm going to become a lion-tamer." The other replies, "That's crazy, you don't know nothing about no lion-taming." "Yes I do!" "Well, OK, answer me this. When one of those lions comes at you all roaring and biting, what you gonna do?" 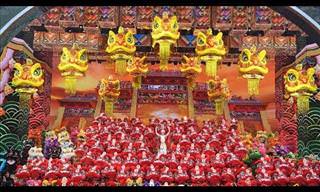 A Performance of a Lifetime: The Dragon-Lion Dance!

The Dragon and Lion dance is a time-honored Chinese festival tradition. The dance is performed as a wish by the dancers for a good weather, leading to a good and fruitful harvest. 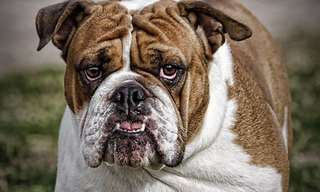 A Lion By Any Other Color...

A Lion By Any Other Color... animals, beautiful, photography, hdr HDR photography means adding contrast and color to a photo to create new beauty. 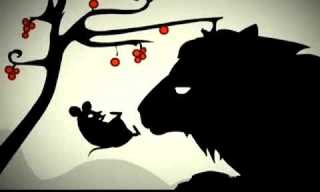 A Beautiful Old Tale: The Lion and the Mouse. 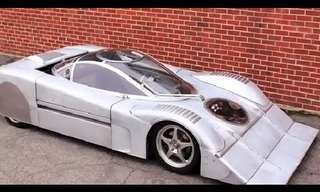 Meet Sea Lion , a hot little number that will take you from asphalt to h2o without slowing down for a moment. Powered by a 174 horsepower ,azda 138 rotary engine, it can be upgraded to 300-600 horsepower, and as such will be able to break the sea-speed record. 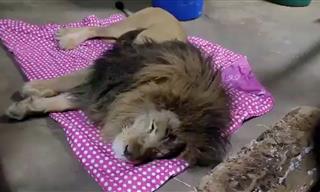 This video will remind you that lions are, deep down, just big ol' kitty cats. Lambert is the star of the In-Sync Exotics, a sanctuary for rescued exotic cats that can't survive in the wild. He is a playful and curious big guy. His favorite activity is rolling up in his blanket every evening! 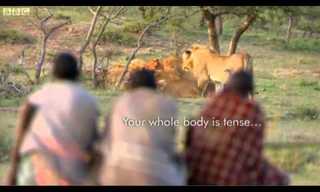