Little Johnny and the Hammer 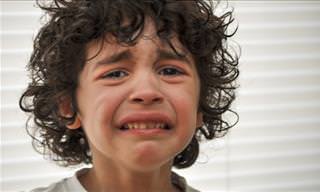 Little Johnny comes downstairs crying. His mother asked, "What’s the matter little Johnny?" "Dad was hanging pictures, and just hit his thumb bang on with the hammer!" said little Johnny through his tears. His mother was touched by the boy's sensitivity, but didn't like seeing him cry. "That’s not so serious." She tried to soothe him. "Now I know you're upset, but a big boy like you shouldn’t cry at something like that. That's something to laugh about." "I did!" sobbed Johnny.
family joke boy father mother children joke little johnny joke thumb hammer picture cry sob upset laugh
Rate: Dislike Like
The Burglar and the Sad Guard 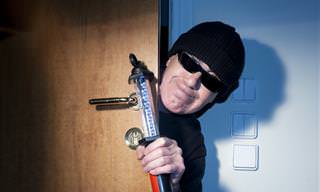 A burglar was sneaking into a museum, and he had to get past the guard on duty. As he snuck behind the guard, he couldn't help but notice the guard had his head in his hands, and he was crying. "I can't believe I've worked here for 10 years, and everyone has forgotten my birthday again!" He moaned. "Longer hours, more work, and no appreciation! I can't do this anymore!" The guard said to himself as he continued to sob. The burglar could easily sneak past, but found himself feeling bad for the guard. Instead of proceeding with his plan, the burglar's sympathy for the guard got the better of him. He marched right down to the museum curator's office and kicked in the door. There sat the director of the museum, the head of HR, and the head of security in a meeting. "What are you doing here? How did you get pass the guard?!?" shouted the museum director. "Gentlemen," said the burglar, "I'm afraid you've let your guard down."
burglar crime joke HR dad joke sob guard duty museum sympathy gentlemen weep crying kicked curator
Rate: Dislike Like
Want to start your day laughing? Register to our Daily Joke! Want to start your day laughing? Register to our Daily Joke!
Did you mean:
Continue With: Facebook Google
By continuing, you agree to our T&C and Privacy Policy
Contact us | Help | About us | Terms | Privacy policy | Categories | Collections