What You Get For Smoking 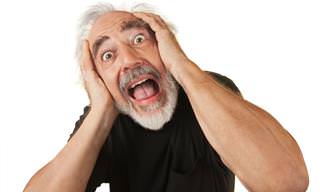 A husband was addicted to smoking and drinking. One day, his wife got so angry that she told him: “If you keep on smoking, all of your intestines will fall out.” Her husband didn’t believe her, so he kept on smoking and drinking just like he always did. His wife was determined to prove herself right, so one day she went out early in the morning and bought some big intestines. She stuffed them in her husband’s underwear as he slept. A short while later, he woke up, let out a huge scream, and then fell silent for the next 30 minutes. After another 30 minutes of silence, he comes downstairs, sweating profusely. “What happened?” asked the wife. “You were right! My intestines did come out, but don’t worry honey - after a lot of work, I finally managed to push them back in.”
husband wife drinking scream stupidity joke short huge stuffed smoking minutes intestines
Rate: Dislike Like
Contact us | Help | About us | Terms | Privacy policy | Categories | Collections