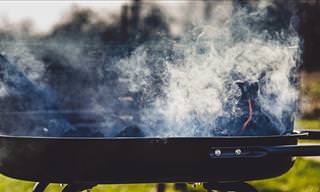 A man and his wife were doing yard work. The husband said to his wife, "Gee, honey, your butt is as wide as the BBQ grill." The wife ignores his remark. A little later, the husband, measuring tape in hand, walked over to his wife. While she was bending over to tend to her flower bed, he measured her back side. "Honey, your butt IS as wide as the grill!" She again ignores his remark. Later that night, while in bed, the husband began to feel amorous. He starts to hug her and stroke her until the wife said, "If you think I'm gonna fire up the grill for one little wiener, you're out of your mind!!"
joke about men grill husband and wife joke
Rate: Dislike Like
Food puns
Why did the blonde throw her favorite doll on the grill? She thought it was a Barbie-Q.
Did I invite you to the Barbecue?
Then why are you all up in my grill?
Pot Puns
What will a chinese grill use when a wok is too slow
A wun.
The Wife, the Grill and the Sausage 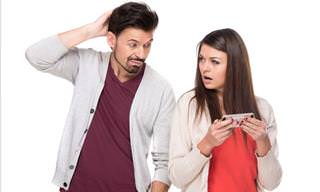 A man notices his wife's butt is getting big. I bet your butt is as big as my grill." He tells her. His wife rolls her eyes, but he gets a tape measure, measures her bottom, measures the grill, and teases her that they're about the same size. That night, he tries to see if he can get lucky. "Not tonight," says his wife. He asks her why not, to which she responds, "Do you really think I'm going to fire up this big-ass grill for one little wiener?"
husband wife grill comeback joke butt big little responds wiener fire up big-ass
Rate: Dislike Like
Stove Puns
I can't decide whether to grill chicken breasts or chicken thighs...
I guess I'll just wing it
A cow not being on the grill for very long is a rare occurrence.
I went to a Church yard sale looking for a grill...
Unfortunately, they only had friars.
My 6 year old daughter has lined up all of her dolls towards the outdoor grill...
Looks like she’s preparing some kind of Barbie queue...
Want to start your day laughing? Register to our Daily Joke! Want to start your day laughing? Register to our Daily Joke!
Did you mean:
Continue With: Facebook Google
By continuing, you agree to our T&C and Privacy Policy
Contact us | Help | About us | Terms | Privacy policy | Categories | Collections