A man returned home a day early from a business trip. It was after midnight. While en-route home he asked the cabby if he would be a witness. The man suspected his wife was having an affair and he wanted to catch her in the act. For $100, the cabby agreed. Quietly arriving home, the husband and cabby tip toed into the bedroom. The husband switched on the lights, yanked the blanket back and there was his wife in bed with another man! The husband put a gun to the naked man's head. The wife shouted, 'Don't do it ! I lied when I told you I inherited money: HE paid for the Porsche I gave you. HE paid for our new cabin cruiser. HE paid for your football season tickets. HE paid for our house on the lake. HE paid for your Hawaiian golf vacation. HE paid for our country club membership, and HE even pays the monthly dues!' Shaking his head in amazement, the husband slowly lowered the gun. He looked over at the cabby and said, 'What would you do?' The cabby replied, 'Me? I'd cover his ass with that blanket before he catches a cold!!'
gun marriage joke cheating joke ticket blanket cold taxi. lake cruiser cabin country club membership
Rate: Dislike Like
The Big Lie 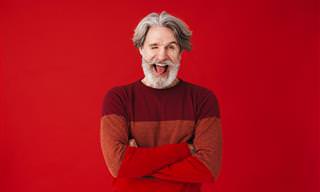 John, a wealthy 60 year old man, shows up at the country club one day with his new wife, a smoking hot 28 year old. His buddies are amazed. "There is no way someone that young and attractive would agree to marry an old geezer like you. How did you pull it off?" "It's simple," John says, "I lied to her about my age." "Did you tell her you were 50?" his friends ask. John shakes his head no. "There is no way she could believe you were 40!". They exclaim. John shakes his head again. "So how old did you tell her you were exactly??" John smiles and whispers "85".
joke about women joke about men lie age girl young geezer country club buddies
Rate: Dislike Like
Contact us | Help | About us | Terms | Privacy policy | Categories | Collections