The Saddest Story of All 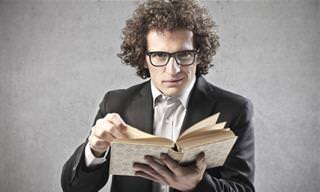 Three writers, Sam, Pete, and Chuck, who were attending a writing convention, booked a room on the 75th floor of a hotel. When they arrived back at the hotel from the convention, the receptionist told them, "I'm terribly sorry, but the elevator is broken. In the meantime, you will have to take the stairs." Now, Sam was a writer of funny stories, Pete was a writer of scary stories, and Chuck was a writer of sad stories. The three of them agreed that, to make it less boring, Sam would tell the other two his funniest stories while they climbed from floors 1 to 25, Pete would tell his scariest stories from floors 26 to 50, and Chuck would tell his saddest stories from floors 51 to 75. They started to climb the stairs, and Sam started to tell funny stories. By the time they reached the 25th floor, Pete and Chuck were laughing hysterically. Then Pete started to tell scary stories. By the time they reached the 50th floor, Sam and Chuck were hugging each other in fear. Then Chuck started to tell sad stories. He stuck his hands in his pockets, thinking. "Ah, I'll tell my saddest story of all first." he said. He coughed nervously. "There once was a man named Chuck, who left the hotel room key in the car..."
stupidity joke story writer convention chuck funny stories scary stories sad stories hugging hysterically
Rate: Dislike Like
Hard Drive Puns
If cheese were downloadable, then I'd try to throw my hard drive as far as possible.
What I'm saying is, I'd chuck e-cheese.
Cherry Puns
There’s a great new rock and roll cover artist doing the rounds at the moment – his name is Chuck Cherry.
Want to start your day laughing? Register to our Daily Joke! Want to start your day laughing? Register to our Daily Joke!
Did you mean:
Continue With: Facebook Google
By continuing, you agree to our T&C and Privacy Policy
Contact us | Help | About us | Terms | Privacy policy | Categories | Archive | Collections
Login
Already registered?
Enter your email address and get full access.
Did you mean:
Not a member? Click Here
Personal Details