A variety of song posts, song videos and more. 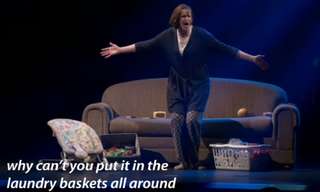 This Is a Song All Mothers Should Hear. Terrific.

The Motherhood Song funny, video, mother, music, song This beautiful and hilarious song should be sung by all mothers everywhere. 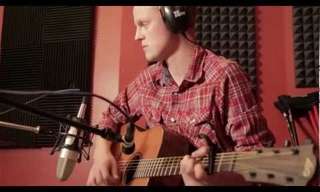 Ending It With a Song - Sad and Beautiful...

Facing months to live, 17-year-old Zach is turning to music - writing and performing songs as a way to say goodbye to his friends and family. Zach was diagnosed with osteosarcoma in 2009. Since his diagnosis, Zach has endured several surgeries and months of chemo. 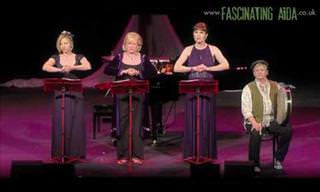 (Note: Some adult language used) The Riverdance of Cheap Flights funny, video, music, song, comedy, riverdance, flights If something looks too good to be true, it usually is. So these ladies decided to write a hilarious song to warn us all! 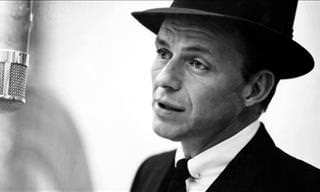 This Song By Frank Sinatra Is So Beautiful

'Young at Heart' is a well known song by Frank Sinatra. But did you know that it was originally an instrumental by Richards called 'Moonbeam'? It became 'Young at Heart' when lyrics were added by Carolyn Leigh. 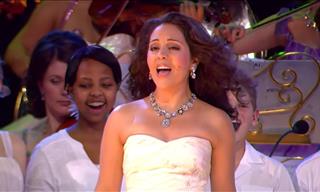 Andre Rieu Sings a Wonderful Song For a Beloved Singer

Here he is with his wonderful orchestra doing something a bit different - playing a song by a POP artist. But not just any artist, this is 'Heal the World' by Michael Jackson. This version is just gorgeous to hear and to see, we promise you. 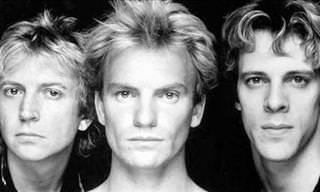 Time to Take a Beautiful Moment With a Classic Song

This song by The Police is called: " Every Breath You Take. ". It was written in 1983 by Sting, the leading singer, and was the biggest US and UK hit for that year. The reason is simple, it invokes thoughts of love and relationships, and has such a sweet melody. 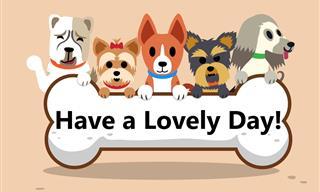 Wish Someone a Lovely Day With This Great Song...

What better song to describe this feeling than ' Lovely Day ' by Bill W ithers . Listen to this song while slowly scrolling down to have the lyrics accompany you along the way. 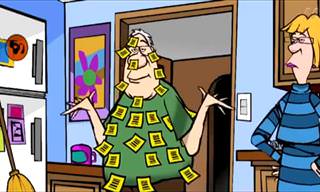 If You Haven't Heard This Bad Memory Song, You Need To!

This song is just too hilarious. So, enjoy! The Bad Memory Song Is Absolutely Hilarious funny, video, hilarious, song, memory, old age, baba recommends This hilarious song reminds us all what's funny about bad memory. After all, it's better to laugh than cry! 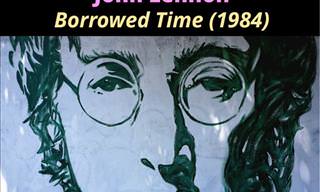 This song was recorded in 1980, before Lennon was killed, and published in 1984. It was inspired by a yachting incident in which all the crew had seasickness except for Lennon, who took command. 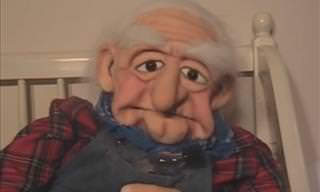 Every Married Couple Needs to Hear 'The Man Song'

Every married couple alive will be able to relate to this hilarious song! Watch the legendary Milton singing 'The Man Song' by Sean Morey in this classic video below. The song itself was released in 1995, and it's pretty hilarious, all in good fun, of course. 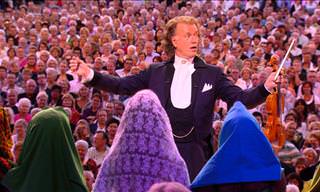 Not just because he himself is one of the best violinists, but because he knows how to put on a beautiful show and re-introduces us to old songs that are played so beautifully and with so much passion, that they seem as new again. 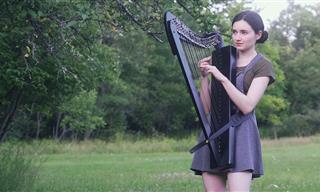 A Soulful Harp Cover of the Song 'The Sound of Silence'

Proclaimed the 18th most-performed song of the 20th century, 'The Sound of Silence' by Simon & Garfunkel is one of the greatest rock hits in history and a song that will surely be remembered as an immortal classic for centuries to come. 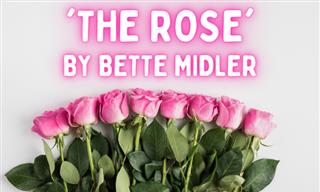 The song "The Rose", performed by the great Bette Midler, talks about the power of love in healing, empowering and reviving if you only believe that it still exists and can bloom like a flower. Listen and feel the heart opening up once again. 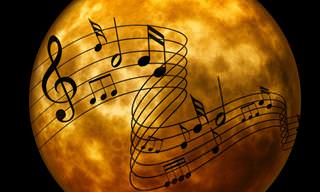 Music Finder: Find and Listen to Any Song, Right Now!

There are many sites that allow you to listen to music, but there are always some songs that are missing or are impossible to find. The beauty of this site is that it takes song lists from many sites at the same time, and lets you search through all of them. 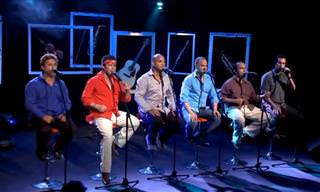 This Version of a Famous Song Brought Tears to My Eyes

The a capella version of this famous song is one-of-a-kind and their voices are absolutely astounding - I for one couldn't believe how well they mimicked the song's guitar and drums. I was especially impressed with what sounds exactly like a guitar solo at the four-minute mark. 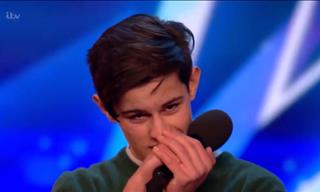 Brilliant Teenage Boy Writes and Composes His Own Songs!

He writes and composes his own beautiful and heartfelt songs, and shows off his incredible talent that completely takes the judges of BGT by surprise after he sang a song dedicated to his girlfriend. 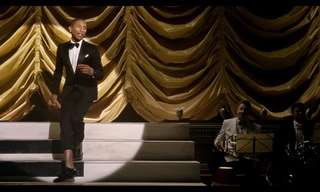 This is How You Do a Beautiful Song True Justice...

I've seen many renditions of famous songs. We have quite a few of them right here on Baba-Mail. But I don't think I've ever seen a song sung like this. 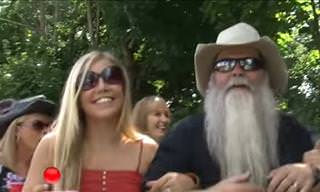 Is Your Body Not What It Used To Be? Join Us in Song!

I may not look as good naked as I once did, but I don't mind, and that's why this song tickled me so. It doesn't take itself seriously, but it made me laugh out loud a number of times! Hope you enjoy a few laughs yourself. Hilarious: I Don't Look Good Naked Anymore! 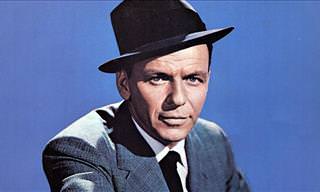 The song "Cheek to Cheek", written by Irving Berlin in 1935, was first shown in the movie "Hat and Cylinder" that was released that year and we have heard it in many other cinematic works since. 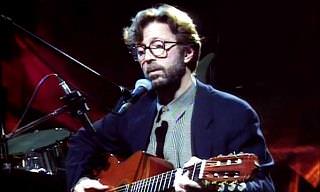 The Truth Behind This Song's Words Will Touch You Deeply

The song in the background is Eric Clapton’s Tears in Heaven . Clapton wrote the song after his 4-year-old son, Connor, died after falling from a window. Clapton was devastated by the accident and wrote the song as part of his grieving and healing process. 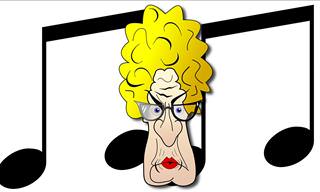 This Hilarious Song Perfectly Sums Up My Efficient Memory 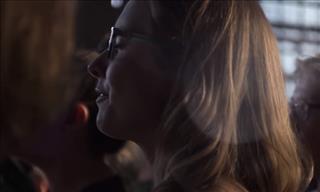 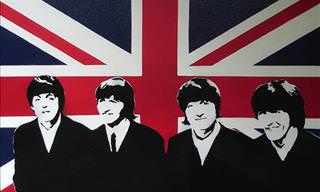 MUSIC BOX: The Music Evolution of the Beatles in 28 Songs

At the beginning of their music career, the attitude of their songs has been catchy and cheerful, with elements of rock and pop mashed together into a new revolutionary style of British rock and roll. 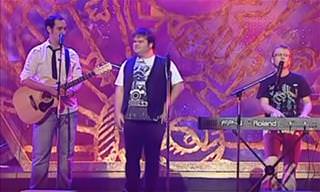 Listen to the Past Few Decades of Music in a Single Song!

Apparently, nearly all number 1 singles from the past few decades have only used a mere four chords, as the group so excellently demonstrates in this performance: Axis of Awesome's Four Chord Song funny, video, music, song, comedy, youtube, baba recommends, 4 chords, Axis of Awesome If you ever wondered