A Different Type of Hell 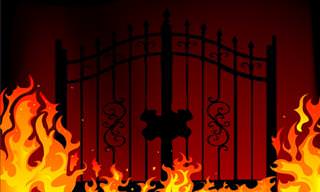 An Italian Under Interrogation 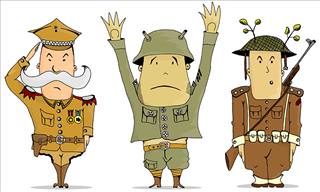 Three high ranking Axis soldiers are about to be interrogated during WWII. One is a member of the Gestapo, one is an Imperial Japanese officer and one is a Fascist Italian Commander. They are all sitting in their holding cell discussing what they are going to do when they get interrogated. The German says, "My superior German spirit and intelligence will make it impossible for them to break me." The Japanese says, "It is only through my undying devotion to the Emperor that I will be able to withstand their torture." The Italian says, "I've had it." The German is the first to be interrogated, and as he leaves they wish him luck. Nearly a whole day passes before the German returns to the cell, covered in bruises and blood. The other two ask him what happened. "Even my perfect genes could not protect me from their methods. I have failed my country," Next, the Japanese is up to be interrogated. Three days pass and he returns to the cell. His eyes are both black, fingers broken, and body bruised and bloodied. "I have dishonored myself and my Emperor. When they release me, I must commit honorable seppuku." Lastly, the Italian is up, and he leaves already begging for his life. A whole week passes before he returns. Beaten nearly to death, he is carried in by two soldiers. One of the soldiers jeers, "I can't believe you guys broke instead of this dago. He's a real man, not like you girls." The other two are shocked and amazed that this Italian could take their punishments and not break. They ask him how he did it. He didn't strike them as so formidable. "I wanted to give in immediately, but I couldn't speak." "What do you mean you couldn't speak?" The others ask. "The bastards tied my hands behind my back!"
Military joke soldiers WWII WW2 torture interrogation Italian fingers luck hands bloodied seppuku honorable
Rate: Dislike Like
Want to start your day laughing? Register to our Daily Joke! Want to start your day laughing? Register to our Daily Joke!
Did you mean:
Continue With: Facebook Google
By continuing, you agree to our T&C and Privacy Policy
Contact us | Help | About us | Terms | Privacy policy | Categories | Archive | Collections
Login
Already registered?
Enter your email address and get full access.
Did you mean:
Not a member? Click Here
Personal Details