One Liners and Short Jokes
As the animals left the ark, Noah told them to go forth and multiply.
After some time, Noah came upon two snakes who were just lying there sunning themselves.
So Noah asked them, “Why aren’t you multiplying?”
The snakes replied, “We can’t, we’re adders.”
Noah, We Have a Problem... 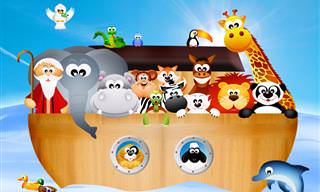 Some years ago, the Lord came unto Noah, who was now living in the United States, and said, "Once again the earth has become wicked and overpopulated, and I see the end of all flesh before me. Build another Ark and save 2 of every living thing along with a few good humans, thy sons and their wives."  He gave Noah the blueprints, saying, "You have 6 months to build the Ark before I will start the unending rain for 40 days and 40 nights."  Six months later, the Lord looked down and saw Noah weeping in his yard -- but no Ark.  "Noah!" He roared, "I'm about to start the rain! Where is the Ark?"  "Forgive me, Lord," begged Noah, "but things have changed.  "I needed a building permit. I've been arguing with the inspector about the need for a sprinkler system. My neighbors claim that I've violated the neighborhood zoning laws by building the Ark in my yard and exceeding the height limitations. We had to go to the Development Appeal Board for a decision.  "Then the Department of Transportation demanded a bond be posted for the future costs of moving power lines and other overhead obstructions, to clear the passage for the Ark's move to the sea. I told them that the sea would be coming to us, but they would hear nothing of it.  "Getting the wood was another problem. There's a ban on cutting local trees in order to save the spotted owl. I tried to convince the environmentalists that I needed the wood to save the owls -- but no go!  "When I started gathering the animals, I got sued by an animal rights group. They insisted that I was confining wild animals against their will. They argued the accommodation was too restrictive, and it was cruel and inhumane to put so many animals in a confined space. I am required to apply for 834 different licenses to keep wild beasts on private property.  "Then the EPA ruled that I couldn't build the Ark until they'd conducted an environmental impact study on Your proposed flood. Further, the pitch to water-proof the ark has been banned by the EPA as inimical to the environment.  "I'm still trying to resolve a complaint with the Human Rights Commission on how many minorities I'm supposed to hire for my building crew.  "Immigration and Naturalization is checking the green-card status of most of the people who want to work. The scaffolding to build the superstructure is not OSHA-approved and is forbidden to use except for private structures less than 5 cubits..  "The trades unions say I can't use my sons. They insist I have to hire only Union workers with Ark-building experience.  "To make matters worse, the IRS seized all my assets, claiming I'm trying to leave the country illegally with endangered species.  "So, forgive me, Lord, but it would take at least 100 years for me to finish this Ark."  Suddenly the skies cleared, the sun began to shine, and a rainbow stretched across the sky. Noah looked up in wonder and asked, "Does this sign mean you're not going to destroy the world, oh Lord?".  "No," said the Lord. "The government beat me to it."
government God animals Noah lord license ark department transportation epa cruel confined
Rate: Dislike Like
Why I Carry My Bible 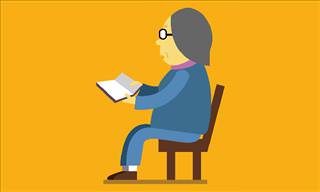 There was this Christian lady that had to do a lot of traveling for her business so she did a lot of flying. But flying made her nervous so she always took her Bible along with her to read and it helped relax her. One time she was sitting next to a man. When he saw her pull out her Bible he gave a little chuckle and went back to what he was doing. After a while, he turned to her and asked: "You don't really believe all that stuff in there do you?" The lady replied "Of course I do. It is the Bible." He said "Well what about that guy that was swallowed by that whale? She replied "Oh, Jonah. Yes, I believe that, it is in the Bible." He asked, "Well, how do you suppose he survived all that time inside the whale?" The lady said "Well I don't really know. I guess when I get to heaven I will ask him." "What if he isn't in heaven?" the man asked sarcastically. "Then YOU can ask him." replied the lady.
hell old lady religion joke heaven atheist Noah
Rate: Dislike Like
Want to start your day laughing? Register to our Daily Joke! Want to start your day laughing? Register to our Daily Joke!
Did you mean:
Continue With: Facebook Google
By continuing, you agree to our T&C and Privacy Policy
Contact us | Help | About us | Terms | Privacy policy | Categories | Collections