Funny Tall People Insults & Comebacks
What do tall people and a lamp post have in common? Intelligence.
Jokes For Women
What do you call a man who’s lost 95 percent of his intelligence?
Divorced.
Art Puns
Why was the museum curator so good at judging paintings and sculptures? He was talented at art official intelligence.

You're Lacking Some Intelligence 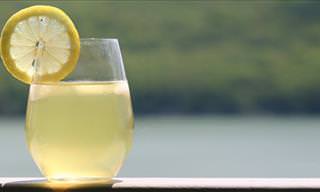 Joe and his buddy Jim were known around town as a little less than clever, when they weren't drunk, that is. One day, digging a ditch, while their foreman sits on a lawn chair in the shade, drinking lemonade. It's a hot day, and Joe starts wondering why the foreman isn't doing any of the work. "Hey Jim?" he asks. "How come we're down here digging the ditch, and the boss is up there, drinking lemonade in the shade?" "Dunno..." Jim replies, and they go back to digging. After a while, Joe decides he needs to know. "I'm gonna go ask him." He climbs up out of the ditch and goes over to the foreman. "Hey boss? How come me an' Jim are down there diggin' the ditch, and you're up here drinkin' lemonade?" The foreman looks at Joe, and says "Well... because I have intelligence, and you don't." Joe scratches his head for a moment, then asks, "What's intelligence?" The foreman considers this, and says "Well, let me give you some." He holds his hand up in front of the trunk of a big oak. "Hit my hand as hard as you can." Joe shrugs, rears back, and swings. At the last moment, the foreman pulls his hand out of the way, and Joe punches the tree instead. "What'd you do that for?!?" he cries. The foreman smiles. "I just gave you some intelligence." Joe heads back into the ditch, considering this. After a while, Jim asks him, "So what did he say?" Joe says, slowly, "He says it's because he has a lot of intelligence... and I have a little bit of intelligence... and you don't have any intelligence at all." Jim asks, "What's intelligence?" Joe replies, "I'm not really sure, but he gave me some, and I'm gonna give some to you." Joe holds his hand up in front of his face. "Hit my hand as hard as you can..."
silly joke drunk joke bar joke stupid joke intelligence
Rate: Dislike Like
Insults & Comebacks
As an outsider, what's your perspective on intelligence?
Want to start your day laughing? Register to our Daily Joke! Want to start your day laughing? Register to our Daily Joke!
Did you mean:
Continue With: Facebook Google
By continuing, you agree to our T&C and Privacy Policy
Contact us | Help | About us | Terms | Privacy policy | Categories | Archive | Collections