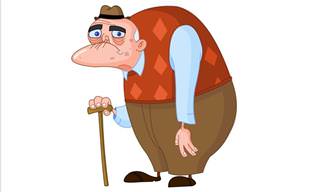 A trio of old veterans were bragging and jokes about the heroic exploits of their ancestors one afternoon down at the VFW hall. "My great grandfather, at age 13," one declared proudly, "was a drummer boy at Shiloh." "Mine," boasts another, "went down with Custer at the Battle of Little Big Horn." "I'm the only soldier in my family," confessed vet number three, "but if my great grandfather was living today he'd be the most famous man in the world." "Really? What'd he do?" his friends wanted to know. "Nothing much... But he would be 165 years old."
army confession grandfather stupidity joke veterans heroic ancestor afternoon vfw hall proud drummer
Rate: Dislike Like
Funny Poems
When I got home from camp today,
My parents almost died.
They asked me how I got this way,
And here's what I replied:

This little cast from heel to hip
Is nothing much at all.
Some broken shingles made me slip
From off the dining hall.

The poison ivy's not too bad.
It missed my back and chest.
Of course, I guess I oughta add
Mosquitoes got the rest.

I tried to eat some hick'ry nuts
And cracked a tooth or two.
And all these bruises, scabs, and cuts?
I haven't got a clue.

I got the lump that's on my head
From diving in the lake.
I should've watched for rocks instead
Of grabbing for the snake.

That leaves this bandage on my chin
And these three finger sprains,
Along with lots of sunburned skin
And sniffles from the rains.

I also got a muscle cramp
And very nearly drowned.
It's some terrific summer camp,
The coolest one around.

(By Richard Thomas)
Funny Limericks
There was a young fellow named Hall,
who died in the spring in the fall.
'Twould have been a bad thing,
had he died in the spring,
but he didn't — he died in the fall.
I need a front door for my hall,
The replacement I bought was too tall.
So I hacked it and chopped it,
And carefully lopped it,
And now the dumb thing is too small.
I remember when I was small and cool,
I was always playing truant from school.
My mum used to say,
"You'll regret it one day
When you grow up to become a fool."