Color Puns
If a purple-colored fruit gets stuck in your drain, then you should call a plum-ber to fix it.
Road Faith is Road Safe 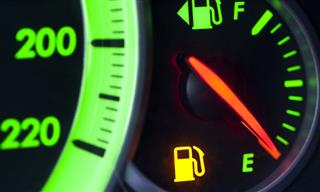 Two nuns who worked in a hospital were out driving in the country when they ran out of gas. As they were standing beside their car on the shoulder of the road, a truck approached them Noticing the nuns in distress, the trucker stopped and offered to help. When the nuns explained they had run out of gas, the trucker said he would be more than happy to drain some from his tank, but he didn't have a bucket or a can. Hearing this, one of the nuns dug out a clean bedpan from the trunk and asked the trucker if it would do. He said it would and proceeded to drain a couple of quarts into the pan. He then handed the pan to the sisters, got back into his truck and waved goodbye. While the nuns were carefully pouring the precious fuel into their gas tank, a cop happened by. He stopped and watched them for a few moments, then said, "Sisters, somehow I don't think that's going to work, but I sure do admire your faith!"
religion car joke cop sisters nuns police fuel truck gas road vehicle clan drain bedpan dug quarts
Rate: Dislike Like
Dirty Short Jokes
Why did Tigger look in the toilet? Because he was looking for Pooh If a firefighters business can go up in smoke, and a plumbers business can go down the drain, can a hooker get layed off?
Dirty Limericks
A young whore who came from Lahore
Would lie on a rug on the floor.
In a manner uncanny
She'd wiggle her fanny
And drain your balls dry to the core.
Vegetable Puns
My wife asked if I'd be available to drain some vegetables next week.
I said I'd check my colander.
Sink Puns
My dad dumps expired peas down the drain. Then he looks at me and says:
“Hey, I peed in the sink”
Storm Puns
What did the storm drain say when it learnt it'd be getting a new cover?
That's just grate.
Want to start your day laughing? Register to our Daily Joke! Want to start your day laughing? Register to our Daily Joke!
Did you mean:
Continue With: Facebook Google
By continuing, you agree to our T&C and Privacy Policy
Contact us | Help | About us | Terms | Privacy policy | Categories | Collections