Dirty Limericks
There once was maid name of Olga,
whoes resume read rather vulga
the things she could do,
from basement to flue,
without ever letting go of ya
The Stingy Lawyer & the Pillowcases 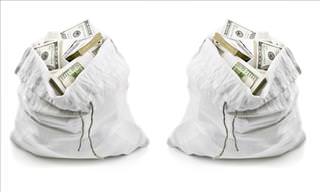 A stingy old lawyer who had been diagnosed with a terminal illness was determined to prove the saying about money, “you can't take it with you", wrong. After much thought and consideration, the man finally figured out how to take at least some of his money with him when he died. He instructed his wife to go to the bank and withdraw enough money to fill two pillowcases. Then, he directed her to take the bags of money to the attic and leave them directly above his bed. His plan was to reach out and grab the bags when he was ascending to heaven. Several weeks after the funeral, the deceased lawyer's wife, up in the attic cleaning, came upon the two pillow cases stuffed with cash. "Oh, that darned old fool," she exclaimed. "I knew he should have had me put the money in the basement."
religion lawyer joke money funeral heaven and hell joke basement pillow case stuffed attic exclaimed
Rate: Dislike Like
Some People Shouldn't Write Signs! 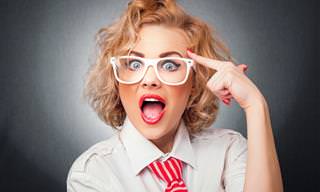 Some signs either make no sense or too many! On a bathroom door: "Toilet out of order. Please use floor below." In a laundromat: "Automatic washing machines: please remove all your clothes when the light goes out." In a london department store: "Bargain basement upstairs." In an office: "Would the person who took the step ladder yesterday Please bring it back? Or further steps will be taken." Outside a secondhand shop:  "We exchange anything bicycles, washing machines, etc. Why not bring your wife along and get a wonderful bargain?' Notice in health food shop window: "Closed due to illness." Spotted in a safari park: "Elephants please stay in your car." Seen during a conference: "For anyone who has children and doesn't know it, There is a day care on the 1st floor." Notice in a farmer's field: "The farmer allows walkers to cross the field for free, but the bull charges." Message on a leaflet: "If you cannot read, this leaflet will tell you how to get lessons." On a repair shop door: "We can repair anything. (please knock hard on the door The bell doesn't work)."
stupidity joke safari basement notice upstairs bargain funny signs department store elephants
Rate: Dislike Like
Contact us | Help | About us | Terms | Privacy policy | Categories | Collections