Jokes and puns for limericks:
Clever Jokes
A pun, a play on words and a limerick walk into a bar.
No joke.
Limerick: Old Maid's Burglar! 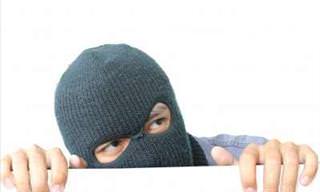 A story I'll tell of a burglar bold Who started to rob a house; He opened the window, and then crept in As quiet as a mouse. He looked around for a place to hide, 'Till the folks were all asleep, Then said he, "With their money I'll be a quiet sneak." So under the bed the burglar crept; He crept up close to the wall; He didn't know it was an old maid's room Or he wouldn't have had the gall. He thought of the money that he would steal, As under the bed he lay; But at nine o'clock he saw a sight That made his hair turn gray. At nine o'clock the old maid came in; "I am so tired," she said; She thought that all was well that night So she didn't look under the bed. She took out her teeth and her big glass eye, And the hair from off her head; The burglar, he had forty fits As he watched from under the bed. From under the bed the burglar crept, He was a total wreck; The old maid wasn't asleep at all And she grabbed him by the neck. She didn't holler, or shout or call, She was as cool as a clam; She only said, "The Saints be praised, At last I've got a man!" From under the pillow a gun she drew, And to the burglar she said, "Young man, if you don't marry me, I'll blow off the top of your head!" She held him firmly by the neck, He hadn't a chance to scoot; He looked at the teeth and the eye and said, "Madam, for Pete's sake, SHOOT!"
Joke funny limerick crime burglar old maid
Rate: Dislike Like
Funny Limericks
There once was a man from Peru,
his limericks always end on line two.
There was a young man from Lahore
Whose limericks stopped at line four.
When asked why this was,
He responded, "Because."
Limericks I cannot compose,
With noxious smells in my nose.
But this one was easy,
I only felt queasy,
Because I was sniffing my toes.
There was a young woman named Jenny
Whose limericks were not worth a penny.
Oh, the rhyme was all right,
And the meter was tight,
But whenever she tried to write any,
She always wrote one line too many!
There once was a poet named Bates
Whose limericks were never that great
His first lines weren't bad
But the problem he had
Was he always tried to fit way too many syllables in at the end.
Puns
A Pun, a Play on Words, and a Limerick walk into a bar....
No Joke.
Dirty Limericks
You may think these limericks are crass
and throw me a comment to sass
but I will agree
to some degree
and I’ll still show you the crack of my ass
The limerick is an art form complex
Whose contents run chiefly on s*x.
It deals with virgins
And masculine urgins
for vulgar erotic effects.
Contact us | Help | About us | Terms | Privacy policy | Categories | Collections