Jokes and puns for ford:
Related Tags: ford
Horse Puns
How does a horse tow its trailer?
With a Ford Bronco.
Windows vs. Ford 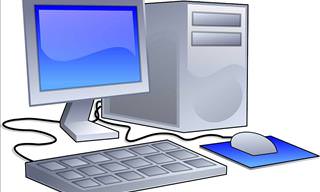 At a recent computer expo (COMDEX), Bill Gates reportedly compared the computer industry with the auto industry and stated, "If Ford had kept up with technology like the computer industry has, we would all be driving $25 cars that got 1,000 miles to the gallon." In response to Bill's comments, Ford issued a press release stating: "If Ford had developed technology like Microsoft, we would all be driving cars with the following characteristics (and I just love this): 1. For no reason whatsoever, your car would crash - twice a day. 2. Every time they repainted the lines in the road, you would have to buy a new car. 3. Occasionally your car would die on the freeway for no reason. You would have to pull to the side of the road, close all of the windows, shut off the car, restart it, and reopen the windows before you could continue. For some reason you would simply accept this. 4. Occasionally, executing a maneuver such as a left turn would cause your car to shut down and refuse to restart, in which case you would have to reinstall the engine. 5. Macintosh would make a car that was powered by the sun, was reliable, five times as fast and twice as easy to drive - but would run on only five percent of the roads. 6. The oil, water temperature, and alternator warning lights would all be replaced by a single "This Car Has Performed An Illegal Operation" warning light. 7. The airbag system would ask, "Are you sure?" before deploying. 8. Occasionally, for no reason whatsoever, your car would lock you out and refuse to let you in until you simultaneously lifted the door handle, turned the key and grabbed hold of the radio antenna. 9. Every time a new car was introduced car buyers would have to learn how to drive all over again because none of the controls would operate in the same manner as the old car. 10. You'd have to press the "Start" button to turn the engine off.
car joke business joke silly joke computer joke
Rate: Dislike Like
I KNEW You Were Drunk 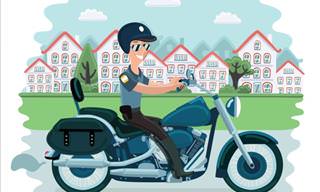 I got pulled over earlier today... Cop: “License and registration sir? You show signs of being drunk.” Me: “Officer I assure you I haven’t even had a sip.” Cop: “Alright sir, well how about a quick test. Imagine you’re driving down the dark road and see two lights in the distance, what is it?” Me: “A car..?” Cop: “Of course! But what kind? A Chevy, Dodge or a Ford?” Me: “How the hell am I supposed to know.” Cop: “Just as I suspected, you’ve been drinking.” Me: “But sir, I didn’t drink anything.” Cop: “Okay, then tell me, on the same dark road, one light shows up in the distance, what is it?” Me: “A motorcycle.” Cop: “Well DUH. I meant... is it a Honda, a Harley or a Kawasaki?” Me: “I have no idea!” Cop: “Go figure, you’re intoxicated.” Me: “Okay, then let me ask you this. You’re driving on the highway around midnight, and you see a woman on the roadside, wearing a miniskirt, fishnets, high heals, and a bra for a top. What would you call her?” Cop: “A hooker of course.” Me: “Yes of course, but is it your wife, your daughter, or your mother?” And long story short things went downhill from there and now I have a court date to attend...
drinking police joke test hooker ford copy distance lights suspected dodge chevy pulled over dark road
Rate: Dislike Like
Contact us | Help | About us | Terms | Privacy policy | Categories | Collections