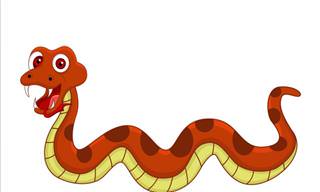 A zoologist, a doctor, and a politician are kidnapped by an evil psychopath. The psychopath says "I'm going to get each of you to hold a snake for ten minutes, the most venomous snake in the world. If it doesn't bite you, I'll let you go. If you refuse, I'll shoot you." The zoologist approaches the snake carefully, then, using his knowledge, tries to grab the back of the snake's head. But the snake was quicker, and his hand got bit before it got 2 centimeters from the snake. He falls dead almost instantly. The doctor examines the snake, tries to find the best position to stop the snake from being uncomfortable, and holds it. The snake bites him, and he falls over dead. The politician is last up, he just mutters ‘screw it’ and holds the snake. To his amazement, the snake stays still, it doesn't bite him. He holds it for a full ten minutes and is set free.  After he leaves, the psycho looks at the snake and says "why didn't you kill that last one?" "Professional courtesy." Murmured the Snake.
animal joke political joke priest doctor snake animal kill position psycho psychopath professional courtesy
Rate: Dislike Like
Want to start your day laughing? Register to our Daily Joke! Want to start your day laughing? Register to our Daily Joke!
Did you mean:
Continue With: Facebook Google
By continuing, you agree to our T&C and Privacy Policy
Contact us | Help | About us | Terms | Privacy policy | Categories | Archive | Collections
Login
Already registered?
Enter your email address and get full access.
Did you mean:
Not a member? Click Here
Personal Details