Peach Puns
Q: What would a peach love to pet?
A: A Pit Bull.
Q: Who is Peach’s favorite actor?
A: Brad Pit.
Why did the peach go to the therapist? It was in a pit of despair.
Son: Hey dad, I stole a peach from the grocery store today.
Dad: Why?
Son: I don’t know, but I feel guilty. It’s a real pit in my stomach.
What’s the best time to eat a peach while watching a NASCAR race? During the pit stop!
Why was the peach so sad at the funeral? It left a deep pit in its heart.
What would a potato say to a peach? – “You have a nice pit!”
What do we call the period in between eating a peach? – It is called a pit stop.
When the peach lost her mother, it left a deep pit in her heart.
Why did the man continue to eat whole peaches? Because he has a bottomless pit.
When the peach pit farewell to his friend, he said, "See you later, peach out".
Back in the early 2010s, the peach children loved to flock around to listen to Peach Pit.
The guilty conscience of stealing and consuming a whole peach is getting to me. I feel like there's a pit in my gut.
The peach was late for work because it had to make some pit stops on the way.
Funny Animal Quotes
“My dog is a half pit bull, half poodle. Not much of a watchdog, but a vicious gossip!” 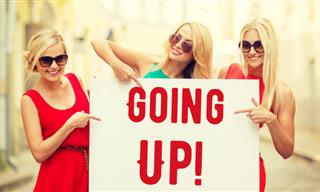 Three blondes are in front of the Heavenly Gate. Each of the blondes lives a sinful and depraved life of lust and drugs. Yet, after their deaths, they find themselves before Saint Peter. Peter looks at these three girls and shakes his head. Then after a moment, he speaks, "O.K ladies, the Lord as decided to be merciful and give you another chance. I'm going to ask each of you the same question. If you get the question right, God will let you into Heaven. If you get it wrong, it is a Hell you will be a-going." Peter then reminds the girls. "You will each be asked the same question. So if the first girl gets it right, the other two will get it as well, So choose carefully as to who will answer the question first." The girls whisper amongst themselves, and the first blonde steps up, "I will answer first." Peter eyes her over and asks, "What is Easter?" The first blonde thinks about it and answers, "It where everyone decorates their trees and gives each other presents." Saddened, Peter informs her, "I am sorry, but you are wrong." Suddenly a big fiery pit opens up below her and swallows her up. The second blonde steps up. Peter asks the same question, "What is Easter?" The second blonde smiles and proudly announces, "That is the day when everyone dresses in green, and if you do not, everyone pinches you." Peter looks at here, saddened, "I'm sorry." The pit opens up and then swallows the second blonde. The third blonde steps up and smiles widely, as Peter asks," What is Easter?" The blonde proudly announces, "That is the day when Jesus was betrayed to the Romans, and crucified by Pontius Pilate. When they took him off the cross, they placed him in a large tomb and sealed it shut with a large stone." Peter was surprised, "That is very close. What you described is good Friday. What comes next?" The blonde continues, "Well, the next day they move the rock away, and when Jesus comes out, if he sees his shadow, there are six more weeks of Winter!"
blonde joke blond joke religion joke stupidity joke st. peter drugs pit heavenly gate sinful depraved lust
Rate: Dislike Like
Want to start your day laughing? Register to our Daily Joke! Want to start your day laughing? Register to our Daily Joke!
Did you mean:
Continue With: Facebook Google
By continuing, you agree to our T&C and Privacy Policy
Contact us | Help | About us | Terms | Privacy policy | Categories | Archive | Collections