During King Solomon's reign, there was a handsome, successful young man who was wanted by all the young maidens in the kingdom. This young man was certainly aware of his advantages, and he would go wild with different girls and promise each of them the whole world. While most of the ladies knew he could not be trusted, two young women took his words seriously and announced to their family that they were going to marry the most successful and beautiful man in the kingdom. The rumors of the marriage spread, and the two mothers of the young women who heard that someone else would marry the wanted man began to quarrel over the fate and future of their daughters. After failing to settle the dispute, the two mothers decided to go to King Solomon, the wisest man, and ask him to decide which of their daughters would marry the boy. They dragged the young man to court and made their claims to the wise king. Solomon listened to them patiently, and after they finished he ordered, "Bring me the greatest sword in the palace, I will split the man in two, and each woman will receive half of him!" The first mother looked rather indifferent and said, "Bring him the sword." The other mother, who was shocked by the order, yelled, "Your majesty, remove the command, I will give up the groom-only do not spill his blood!" King Solomon looked at the two women with a big smile and said, "The first mother’s daughter will marry the young man!" The confused court clerk turned to Solomon and said, "My wise king, aren’t you confused? The first mother was willing to cut that young man into two!" "Right!" King Solomon replied, "This proves that she is worthy of being his real Mother in law!"
family joke king Solomon mother in law
Rate: Dislike Like
Wise King Solomon and the Mother-in-Laws 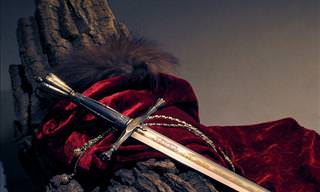 Two women came before wise King Solomon, dragging between them a young man in a three-piece suit. "This young lawyer agreed to marry my daughter," said the first one. "No! He agreed to marry MY daughter," said the other. And so they haggled before the King until he called for silence. "Bring me my biggest sword," said Solomon, "and I shall hew the young attorney in half. Each of you shall receive a half." "Sounds good to me," said the first woman. But the other woman said, "Oh Sire, do not spill innocent blood. Let the other woman's daughter marry him." The wise King did not hesitate a moment. "The attorney must marry the first lady's daughter," he proclaimed. "But she was willing to hew him in two!" exclaimed the King's court. "Indeed," said wise King Solomon, "and that proves she is, indeed, the TRUE mother-in-law."
marriage daughter king Solomon mother-in-law
Rate: Dislike Like
Contact us | Help | About us | Terms | Privacy policy | Categories | Collections