Biology Puns
How did the English major define microtome on his biology exam? An itsy bitsy book. 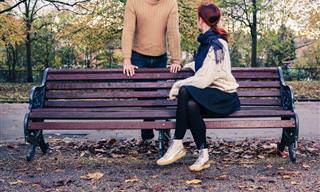 A woman is walking through the park when she sees a very attractive man sitting on a park bench. He's reading a book and eating some fruit out of a Tupperware container. Slowly the woman gathers the courage to go ask the man out. So, she walks over and takes a seat next to him on the bench, turns to him and says, "Sorry to bother you. I know this may be a little forward but I would love to grab coffee with you some time." Flattered, the man responds, "Sure... but what makes you so certain you and I would get along so well?" "Well," the woman says, "A couple things, actually. I noticed you were wearing an Iron Maiden t-shirt. Iron Maiden are my favorite band of all time. When they went on their reunion tour in 1999 my parents took me to see them in Cleveland. I was 12 years old, it was the first concert I ever went to. I absolutely love Iron Maiden. " The man can't believe it. "I saw them play Cleveland in '99! First concert I ever went to on my own. My best friend Jimmy Spitz and I told our parents we were sleeping at each others' houses, snuck out, took a bus into the city and saw them play at the Plain Dealer Pavilion!" Naturally, they're both shocked. "If that isn't weird enough," says the woman, "I noticed you're reading Mark Twain. I was a communications major in university and I actually wrote my thesis on Mark Twain, how he used satire as a lens to comment on current events of the time, comparing him to satirical news sources of today. He's my favorite author" Now the man is really taken aback, "Get out of here. I was an English major in university! I specialized in 19th century American literature, this is like my fourth or fifth time reading Tom Sawyer, I absolutely love Mark Twain." They both can't believe it, this has got to be a match made in heaven. "Ok," the woman says, "well, buckle up because here's the icing on the cake. I noticed you're eating a prune. Prunes are my absolute favorite fruit. When I was a kid, my grandfather lived on a farm and grew them. They're my favorite fruit! I love prunes, you're eating a prune, this has got to be fate. What do you say?" The man puts down his fruit and responds, "It's a date."
couple concert woman man fate english major believe match prune
Rate: Dislike Like
Want to start your day laughing? Register to our Daily Joke! Want to start your day laughing? Register to our Daily Joke!
Did you mean:
Continue With: Facebook Google
By continuing, you agree to our T&C and Privacy Policy
Contact us | Help | About us | Terms | Privacy policy | Categories | Archive | Collections
Login
Already registered?
Enter your email address and get full access.
Did you mean:
Not a member? Click Here
Personal Details