If I Had a Dollar For Each Of These Jokes...
Jokes > Tags > Dolls Jokes

One Liners for Kids
Did you hear about the party a little boy had for his sisters barbie dolls? A. It was a Barbie-

The Secret of the Shoebox 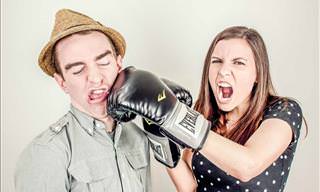 A man and woman had been married for more than 60 years. They had shared everything. They had talked about everything. They had kept no secrets from each other except that the little old woman had a shoe box in the top of her closet that she had cautioned her husband never to open or ask her about. For all of these years, he had never thought about the box, but one day the little old woman got very sick and the doctor said she would not recover. In trying to sort out their affairs, the little old man took down the shoe box and took it to his wife's bedside. She agreed that it was time that he should know what was in the box. When he opened it, he found two crocheted dolls and a stack of money totalling $95,000. He asked her about the contents. 'When we were to be married,' she said, ' my grandmother told me the secret of a happy marriage was to never argue. She told me that if I ever got angry with you, I should just keep quiet and crochet a doll.' The little old man was so moved; he had to fight back tears. Only two Precious dolls were in the box. She had only been angry with him two Times in all those years of living and loving. He almost burst with Happiness. 'Honey,' he said, 'that explains the doll, but what about all of this money? Where did it come from?' 'Oh,' she said, 'that's the money I made from selling the other dolls.'
marriage joke shoebox dolls cheating joke
Rate: Dislike Like
Gnome Puns
Why are gnomes friends with dolls?
They like to share clothes.
One Liners and Short Jokes
I hate Russian dolls, they’re so full of themselves.
Stove Puns
My 6 year old daughter has lined up all of her dolls towards the outdoor grill...
Looks like she’s preparing some kind of Barbie queue...
Want to start your day laughing? Register to our Daily Joke! Want to start your day laughing? Register to our Daily Joke!
Did you mean:
Continue With: Facebook Google
By continuing, you agree to our T&C and Privacy Policy
Contact us | Help | About us | Terms | Privacy policy | Categories | Archive | Collections
Login
Already registered?
Enter your email address and get full access.
Did you mean:
Not a member? Click Here
Personal Details