Funny Tall People Insults & Comebacks
"You are so tall that you can touch a flying airplane".
"Wow, I'll alert the media houses at once".
Anti Jokes
Back in 1980, I fell off my bike, twisted my foot, and hurt my knee. I’m telling you this now because there was no social media in the ‘80s.
How The Media Gets its Headlines 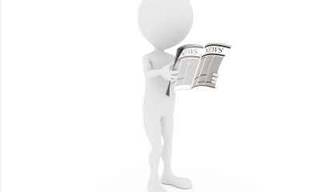 A Harley biker is riding by the zoo in Taronga Park, Sydney when he sees a little girl leaning into the lion's cage. Suddenly, the lion grabs her by the cuff of her jacket and tries to pull her inside to slaughter her, under the eyes of her screaming parents. The biker jumps off his Harley, runs to the cage and hits the lion square on the nose with a powerful punch. Whimpering from the pain the lion jumps back letting go of the girl, and the biker brings herto her terrified parents, whothank him endlessly. A reporter has watched the whole event. The reporter addressing the Harley rider says, 'Sir, this was the most gallant and brave thing I've seen a man do in my whole life.' The Harley rider replies, 'Why, it was nothing, really, the lion was behind bars. I just saw this little kid in danger and acted as I felt right.' The reporter says, 'Well, I'll make sure this won't go unnoticed. I'm a journalist, and tomorrow's paper will have this story on the front page!' 'So, what do you do for a living and who do you support?' The biker replies, 'I'm a soldier just returned from Afghanistan and I'm not really interested in politics, maybe more right wing.' The journalist writes it up and leaves. The following morning the biker buys the paper to see news of his actions, and reads, on the front page: RIGHT WING DESERTER RUNS AWAY FROM THE ARMY, ASSAULTS AFRICAN IMMIGRANT AND STEALS HIS LUNCH! That pretty much sums up the media's approach to the news these days!
army jokes political joke media right wing army American army joke
Rate: Dislike Like
One Liners and Short Jokes
My 4 yr Old son said "Daddy, why do people make up things that their children have said for social media?
Isn't it just inherently dishonest and indicative of inability to construct a compelling narrative themselves? "
Want to start your day laughing? Register to our Daily Joke! Want to start your day laughing? Register to our Daily Joke!
Continue With: Facebook Google Use Email
By continuing, you agree to our T&C and Privacy Policy
Contact us | Help | About us | Terms | Privacy policy | Categories | Collections