Ocean Puns
Why did the lobster blush?
Because the sea weed.
Lobster Puns
The lobster is one shell of an animal.
What do you get if you cross a lobster with a telephone?
A snappy talk.
How does a lobster answer the phone?
"Shello?"
Why did the lobster blush?
Because the sea-weed.
Have you seen my lobster?
I'm worried he might by a lost claws.
Why do people like working at the Red Lobster?
It helps them get out of their shell.
Just had Lobster Bisque for the first time!
It was souper good!
What do you call a lobster with a Christmas hat?
Santa Claws
What's the difference between a lobster and a Chinese man who's been run over by a bus?
Ones a crustaecian and the other is a crushed Asian.
Where does a lobster keep its clothes?
In the clawset!
What do you call a lobster that's afraid of tight spaces?
Claw-strophobic
Stopped by a roadside stand that said lobster tails $2. I paid my $2 and he said...
Once upon a time there was this lobster...
What’s the difference between a greyhound station and a lobster with a boob job?
One’s a crusty bus-station, the other’s a busty crustacean.
Our lobster neighbors never give us gifts during the holidays!
They’re so shellfish.
Breaking it to the Wife 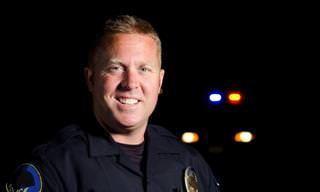 One night, a Boston police officer knocked on a woman's door. "Ma'am", he said, removing his hat, "I'm here about your husband. We have bad and good news". "Please, give me the bad news first", the woman replies. The officer replied: "I'm so sorry, but someone stabbed your husband and threw his corpse in the harbor." The woman began wailing, and crumpled to her knees. Utterly despondent she begged the cop: "Please, what could possibly be the good news?" He replied: "Well Ma'am, when we pulled him up he had 20 four-pound lobsters crawling on him. Would you like one?" Sobbing even louder, the woman shouted: "How DARE you! I've never been so insulted in my entire life!" The officer replied: "Well, if you change your mind, we're pulling him up again tomorrow morning."
husband wife cop dark humor fishing police bad news dead dead body boston harbor lobster
Rate: Dislike Like
Want to start your day laughing? Register to our Daily Joke! Want to start your day laughing? Register to our Daily Joke!
Did you mean:
Continue With: Facebook Google
By continuing, you agree to our T&C and Privacy Policy
Contact us | Help | About us | Terms | Privacy policy | Categories | Collections