Romantic Pick Up Lines
There’s only one thing I want to change about you, and that’s your last name.
You stole my heart, so can I steal your last name?
Knock Knock Jokes
Knock, knock.
Who's there?
Broccoli.
Broccoli who?
Broccoli doesn't have a last name, silly.
Losing His Last Name 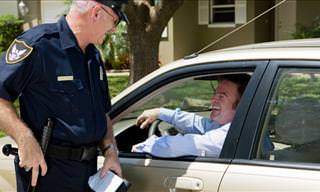 A cop stops a car for traveling faster than the posted speed limit. Since he's in a good mood that day he decides he might give the fellow a break and write him out a warning instead of a ticket. So, he asks the man his name. "Fred," the driver replies. "Fred what?" the officer asks. "Just Fred," the man responds. When the officer presses him for a last name, the man tells him that he used to have a last name but lost it. The officer thinks he has a mental case on his hands but he has a long shift ahead and he's bored, so he goes along with it. "Tell me Fred, how did you lose your last name?" The man replies, "It's a long story so stay with me. I was born Fred Dingaling. I know, funny last name. The kids used to tease me all the time. So I stayed to myself. I studied hard and got good grades." "When I got older I realized that I wanted to be a doctor. I went through college medical school, internship, residency, finally got my degree so I was Fred Dingaling, MD." "After a while I got bored being a doctor so I decided to go back to school. Dentistry was my dream. Got all the way through school, got my degree so I was now Fred Dingaling, MD, DDS. Got bored doing dentistry so I started fooling around with my assistant. She gave me VD. So, I was Fred Dingaling, MD, DDS with VD." "Well, the ADA found out about the VD so they took away my DDS so I was Fred Dingaling MD with VD." "Then the AMA found out about the ADA taking away my DDS because of the VD, so they took away my MD leaving me as Fred Dingaling with VD." Then the VD took away my dingaling . So now... I'm just Fred." The officer walked away in tears, laughing.
police joke speeding Last name MD DDS
Rate: Dislike Like
Contact us | Help | About us | Terms | Privacy policy | Categories | Collections