Forgive This Mouth of Mine 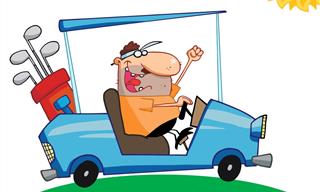 A Catholic man goes to confession. "Forgive me father for I have sinned." He begins. "Go on my son." says the priest. "I swore the other day, in the most profane way." says the man. "Continue." says the priest. "I was on the golf course and I hit my drive, it was looking perfect, heading dead straight. About 200 yards down my ball hit a power line crossing the fairway." "And this is when you swore?" asked the priest. "No father, my ball then ricocheted of the power lines and flew off into the deep rough." said the man. "Ah, so this must have been when you swore." Said the priest. "No father, not yet. As I was walking over to the rough to hit my second shot a hawk flew down from the trees, picked my ball up in his beak and proceeded to fly off with it." continued the man. "Ahhh I see." says the priest "This MUST have been the point where you swore." "You'd thinks so but no, because as the bird flew over the green the ball fell from its mouth and landed just two feet from the hole." They both remain quiet for a few seconds, then the priest says: "You missed the f**in' putt, didn't you?"
religion joke priest confession golf joke hawk fairway putt forgive me father sinned yards beak
Rate: Dislike Like
Want to start your day laughing? Register to our Daily Joke! Want to start your day laughing? Register to our Daily Joke!
Did you mean:
Continue With: Facebook Google
By continuing, you agree to our T&C and Privacy Policy
Contact us | Help | About us | Terms | Privacy policy | Categories | Collections