Puns
I finally decided to sell my vacuum. It was just gathering dust.
Yo Mama So Old
Yo mama so old, When she farted dust came out!
Funny Birthday Poems
People tend to compare aging to a bottle of wine.
You find yourself a little stout and round,
And dust may litter your behind.
Like the grapes that create a fine wine,
The fruits of your labor have become your wisom from age.
Timeless and valued beyond compare,
And the lable may need a bit of repair.
But unlucky for you,
None of this is true.
I wish I could say something better,
My friend, you have aged like cheddar.
One Liners and Short Jokes
I recently decided to sell my vacuum cleaner as all it was doing was gathering dust.
Appliance Puns
I sold my cleaning equipment.
It was just collecting dust.

The Old Lady and Her Wishes 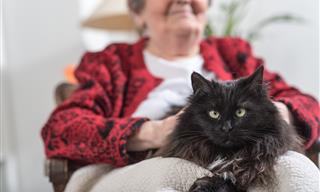 A poor old lady was forced to sell her valuables to avoid eviction. As she rummaged through her dusty belongings, she came across a dull copper kettle. Intrigued by its possible value the old woman dusted it off and BAM! A genie erupted from its neck! The genie says “I have seen your plights, and will grant you three wishes.” The woman, astounded, thinks for a moment and says “Age has taken its toll on me. I wish to be young and beautiful once more.” BAM! In a sudden flash the old woman emerged, a ravishing young woman. Thrilled by her success the woman says “Genie, I want to live a life of grandeur! To be rich!” BAM! With a snap of the genie's fingers, the room swirled and transformed into a great hall. Her once broken cottage had become a mansion. Upon looking down the woman noticed her worn clothing had been replaced with a stunning dress, and shining heels. While she marveled at this outcome the genie stood solemnly. “You have one wish left.” he thundered. The woman thought about this for a while and then felt a slight brush against her leg. It was her old cat, frightened by the building's transformation. The woman looked up at the genie and said “This cat has been faithfully with me for all my years. Please, transform him into a human man, so that we may spend many happy days together!” BAM! In a blinding flash the cat had vanished. Standing in his place was a tall, dark-haired, handsome young man. Immediately enamored by her new love, the woman fell into his arms. The genie, his work complete, disappeared. As she gazed into his eyes, he drew her close and whispered... “I bet you wish you hadn't had me fixed.”
animal joke cat genie joke rich fixed animal age young genie wish beautiful copper transform rummage dust
Rate: Dislike Like
Rabbit Puns
What do you call a rabbit housekeeper? A dust bunny.
Want to start your day laughing? Register to our Daily Joke! Want to start your day laughing? Register to our Daily Joke!
Did you mean:
Continue With: Facebook Google
By continuing, you agree to our T&C and Privacy Policy
Contact us | Help | About us | Terms | Privacy policy | Categories | Archive | Collections