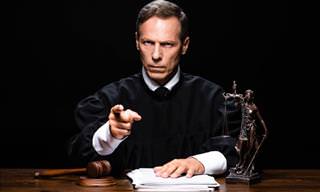 A defendant in a lawsuit involving large sums of money was saying to his lawyer, "If I lose this case, I'll be ruined." "It's in the judge's hands now," said the lawyer. "Would it help if I sent the judge a box of cigars?" asked the defendant. "Oh no!" said the lawyer. "This judge is a stickler for ethical behavior. A stunt like that would prejudice him against you. He might even find you in contempt of the court. In fact, you shouldn't even smile at the judge!" "I see, good to know." said his client. Within the course of time, the judge rendered a decision in favor of the defendant. As the defendant left the courthouse, he said to his lawyer, "Thanks for the tip about the cigars." "I'm sure we would have lost the case if you'd sent them," said the lawyer "But I did send them." said his client. "What?? You did?" asked the shocked lawyer. "Yes, That's how we won the case." "I don't understand," said his lawyer. "It's easy. I sent the cheapest cigars that I could find to the judge, but enclosed the plaintiff's business card."
lawyer lawyer joke judge cigars smile court bribe lawsuit defendant client ethical contempt
Rate: Dislike Like
The Prejudiced Juror 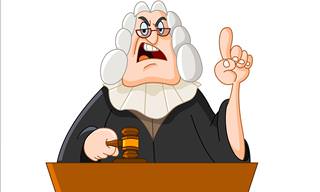 A man wanted to be dismissed from jury duty, but none of his excuses worked. So on the day of the trial, he asked to approach the bench. "Your Honor," he said, "I must be excused from this trial because I am prejudiced against the defendant." "Oh?" the judge asked. "Yes!" the man replied. "I took one look at the man in the blue suit with those beady eyes and that dishonest face, and I thought, 'He's a crook! He's 100% guilty.' So, your Honor, I couldn't possibly be on this jury!" The judge replied, "Get back in the jury box. You are just the kind of juror we are seeking--a good judge of character." The man protested, "How can you say that?" "Because," the judge said, "that man is the defendant's lawyer."
lawyer judge jury face defendant guilty possibly prejudiced juror beady dishonest crook jury duty excuses
Rate: Dislike Like
Want to start your day laughing? Register to our Daily Joke! Want to start your day laughing? Register to our Daily Joke!
Did you mean:
Continue With: Facebook Google
By continuing, you agree to our T&C and Privacy Policy
Contact us | Help | About us | Terms | Privacy policy | Categories | Collections