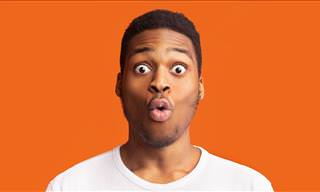 A famous golfer, Jack Nicklaus, is sitting in a bar drinking with Stevie Wonder. Nicklaus turns to Wonder and says, "How is the singing career going?" Stevie Wonder says, "Not too bad, the latest album has gone into the top 10, so all in all I think it is pretty good. By the way how is the golf?" Nicklaus replies: "Not too bad, I am not winning as much as I used to but I'm still making a bit of money. I have some problems with my swing but I think I've got that right now." "I always find that when my swing goes wrong I need to stop playing for a while and think about it, then the next time I play it seems to be alright." says Stevie. "You... you play golf!?" asks a dumbfound Jack. Stevie says, "Sure, I've been playing for years." "But... forgive me," Says a baffled Nicklaus. "I thought you were blind. How can you play golf if you're blind?" Stevie Wonder smiles. "No offense taken. It's an understandable question. What I do is I get my caddie to stand in the middle of the fairway and he calls to me. I listen for the sound of his voice and play the ball towards him, then when I get to where the ball lands the caddie moves to the green or further down the fairway and again I play the ball towards his voice." He explains. "But how do you putt?" Nicklaus wonders. "Well," says Stevie, "I get my caddie to lean down in front of the hole and call to me with his head on the ground and I just play the ball to the sound of his voice." "And what is your handicap?" Jack asks. "I play off scratch." Stevie assures him. Nicklaus is incredulous and says to Stevie, "We must play a game sometime." Wonder replies, "Well, people don't take me seriously so I only play for money, and I never play for less than $100,000 a hole." Nicklaus thinks it over and says, "OK, I'm up for that. When would you like to play?" "I don't care - any night next week is fine with me."
bar golf joke blind golfer game singing career seriously winning jack nicklaus stevie wonder caddie baffled
Rate: Dislike Like
Contact us | Help | About us | Terms | Privacy policy | Categories | Collections