The bible has so much wisdom to give. It is a source of so many stories, some of them humorous as well as wise! These puns are some of the funniest little bible gems you'll get to laugh at! Not making fun of the bible, but laughing with it! Enjoy this collection of 42 funny bible puns!

Bible Puns
What car make did the Apostles drive?
Honda… because the apostles were all in one Accord.
Why did some cardinals get their feathers ruffled?
The Pope gave away the church’s nest egg to the poor.
Which Old Testament prophet took forever to make a point?
“I say… uhhh…” (say it out loud)
Why wouldn’t the Pharaoh let the Hebrews go?
He was in ‘de Nile.
Why couldn’t Jonah trust the ocean?
Because he knew there was something fishy about it.
What did Adam say on the day before Christmas?
It’s Christmas, Eve!
How do we know Peter was a rich fisherman?
By his net income.
Why didn’t they play cards on the Ark?
Because Noah was standing on the deck.
What animal could Noah not trust?
Cheetah
What’s a missionary’s favorite type of car?
A convertible.
Who’s the arch-enemy of the Gsus chord?
The Dmin chord.
Where was Solomon’s temple located?
On the side of his head.
What kind of man was Boaz before he married?
Ruthless.
Which servant of God was the worst lawbreaker in the Bible?
Moses. He broke all 10 commandments at once.
At what time of day was Adam created?
A little before Eve.
Why did Noah have to punish the chickens on the Ark?
They were using fowl language.
If Moses were alive today, why would he be considered a remarkable man?
Because he would be several thousand years old.
Where was Solomon’s temple located?
On the side of his head.
Moses had the first tablet that could connect to the cloud.
Why did the hawk sit on the church’s steeple?
It was a bird of pray.
What’s a missionary’s favorite kind of car?
A convertible.
What excuse did Adam give to his children as to why he no longer lived in Eden?
Your mother ate us out of house and home.
Which Bible Character is a locksmith?
Zaccheus.
What sort of lights were on Noah’s Ark?
Flood lights.
Why did Eve want to leave the Garden of Eden and move to New York?
She fell for the Big Apple.
Who was the smartest man in the Bible?
Abraham. He knew a Lot.
Who’s the patron saint of poverty?
St. Nickeless.
How long did Cain hate his brother?
As long as he was Abel.
Why did Samson try to avoid arguing with Delilah?
He didn’t want to split hairs.
Why did Moses cross the Red Sea?
To get to the other side.
On the Ark, Noah probably got milk from the cows. What did he get from the ducks?
Quackers
Which Bible character had no parents?
Joshua, son of Nun (Joshua 1:1).
What’s a salesman’s favorite Scripture passage?
The Great Commission.
How does Moses make his coffee?
Hebrews it.
Where is the first baseball game in the Bible?
In the big inning. Eve stole first, Adam stole second. Cain struck out Abel. The Giants and the Angels were rained out.
Who was the greatest comedian in the Bible?
Samson. He brought the house down.
Need an ark?
I noah guy.
Where is the first tennis match mentioned in the Bible?
When Joseph served in Pharaoh’s court.
Who were Gumby’s favorite Bible characters?
Shadrack, Meshack & AhBENDago.
Who was the fastest runner in the race?
Adam, because he was first in the human race.
Why did the unemployed man get excited while looking through his Bible?
He thought he saw a job.
At what time of day did God create Adam?
Just before Eve.
Send to friends Share WhatsApp 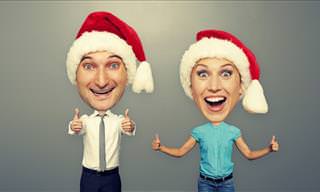