What on earth Jokes 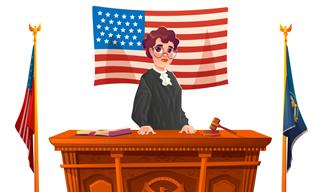 The year is 2032 and the United States has elected the first woman as well as the first Jewish president, Sarah Goldstein. She calls up her mother a few weeks after Election Day and says, "So, Mom, I assume you'll be coming to my inauguration?" "I don't think so. It's a ten-hour drive, your father isn't as young as he used to be, and my arthritis is acting up again." "Don't worry about it, Mom, I'll send Air Force One to pick you up and take you home. And a limousine will pick you up at your door." "I don't know. Everybody will be so fancy-schmantzy; what on earth would I wear?" Sarah replies, "I'll make sure you have a wonderful gown, custom-made by the best designer in New York." "Honey," Mom complains, "you know I can't eat those rich foods you and your friends like to eat." The President-to-be responds, "Don't worry Mom. The entire affair is going to be handled by the best caterer in New York; kosher all the way Mom, I really want you to come." So Mom reluctantly agrees and on January 20th, Sarah Goldstein is being sworn in as President of the United States. In the front row sits the new President's mother, who leans over to a senator sitting next to her and says, "You see that woman over there with her hand on the Torah, becoming President of the United States?" The senator whispers back, "Yes, I do." Her mom flushes with pride and says: "Her brother is a doctor."
political joke United States Jewish president goldstein election day inauguration fancy schmantzy what on earth
Rate: Dislike Like
Want to start your day laughing? Register to our Daily Joke! Want to start your day laughing? Register to our Daily Joke!
Did you mean:
Continue With: Facebook Google
By continuing, you agree to our T&C and Privacy Policy
Contact us | Help | About us | Terms | Privacy policy | Categories | Archive | Collections
Login
Already registered?
Enter your email address and get full access.
Did you mean:
Not a member? Click Here
Personal Details