The Husband, the Wife and the Towel 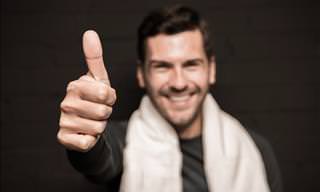 A husband and wife are having issues in the bedroom. The man has no issues but the woman can’t reach an orgasm, she tells her husband it is because she gets too warm. After going to see a specialist, he recommended that they have a constant supply of cool air in the bedroom, so the man asks his best friend to waft a towel whilst him and his wife make love. Begrudgingly, the friend submits and says yes. After 20 minutes of love making, the woman is no closer to being satisfied whilst the man is nearly finished and wants to hold out, so the friend wafting the towel recommends that they switch places until he is ready to do more. So the friend is now copulating with the wife while the man wafts the towel. After 2 minutes the woman starts to tremble and lets out an incredible cry as she reaches the most intense orgasm she has ever had. The husband looks at them proudly and says: “now that, my friend, is how you waft a bloody towel!”
joke about men marriage joke orgasm lovemaking joke friend towel minutes waft copulating
Rate: Dislike Like
Want to start your day laughing? Register to our Daily Joke! Want to start your day laughing? Register to our Daily Joke!
Did you mean:
Continue With: Facebook Google
By continuing, you agree to our T&C and Privacy Policy
Contact us | Help | About us | Terms | Privacy policy | Categories | Collections