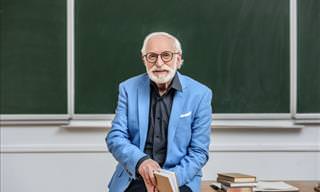 First year students at Medical School were receiving their first anatomy class with a real dead human body. They all gathered around the surgery table with the body covered in a white sheet. The professor started the class by telling them, "In medicine,it is necessary to have two important qualities as a doctor. The first is that you should not be disgusted by anything involving the human body." The Professor pulled back the sheet, stuck his finger in the anus of the corpse, withdrew it and stuck it in his mouth. "Go ahead and do the same thing," he told his students. The students initially freaked out, hesitated for several minutes, but eventually took turns sticking a finger in the anus of the corpse and sucking on it. When everyone finished, the Professor looked at the class and told them, "The second most important quality is observation. I stuck in my middle finger but sucked on my index finger. Now learn to pay attention!"
professor pay attention medical school students pee
Rate: Dislike Like
Want to start your day laughing? Register to our Daily Joke! Want to start your day laughing? Register to our Daily Joke!
Did you mean:
Continue With: Facebook Google
By continuing, you agree to our T&C and Privacy Policy
Contact us | Help | About us | Terms | Privacy policy | Categories | Collections