Chocolate Pick Up Lines
I cannot think of anything sweeter than chocolate than - oops! of course, there is you!
Food Poems
For breakfast I had ice cream
With pickles sliced up in it;
For lunch, some greasy pork chops
Gobbled in a minute;
Dinner? Clams and orange pop,
And liverwurst, slicked thick---
And now, oops! Oh pardon me!
I'm going to be sick! 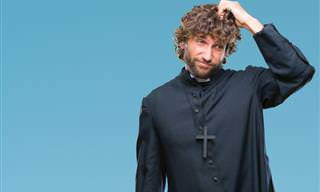 Marvin, was in the hospital on his death bed. The family called Marvin’s Preacher to be with him in his final moments. As the Preacher stood by the bed, Marvin’s condition seemed to deteriorate, and Marvin motioned for someone to quickly pass him a pen and paper. The Preacher quickly got a pen and paper and lovingly handed it to Marvin. But before he had a chance to read the note, Marvin died. The Preacher, feeling that now wasn’t the right time to read it, put the note in his jacket pocket. It was at the funeral while speaking that the Preacher suddenly remembered the note. Reaching deep into his pocket the Preacher said "...and you know what, I suddenly remembered that right before Marvin died he handed me a note, and knowing Marvin I’m sure it was something inspiring that we can all gain from." With that introduction the Preacher ripped out the note and opened it. The note said: “HEY, YOU ARE STANDING ON MY OXYGEN TUBE!”
old man sickbed deathbed preacher hospital note dying oops sick tube
Rate: Dislike Like
Knock Knock Jokes
Knock, knock.
Who's there?
Britney Spears
Britney Spears who?
Knock, knock - oops i did it again.
Want to start your day laughing? Register to our Daily Joke! Want to start your day laughing? Register to our Daily Joke!
Continue With: Facebook Google Use Email
By continuing, you agree to our T&C and Privacy Policy
Contact us | Help | About us | Terms | Privacy policy | Categories | Collections