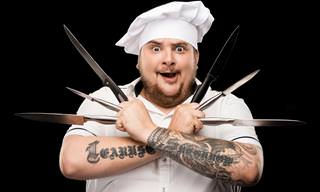 A man was pulled over by a police officer. As the officer approached the vehicle he noticed a large number of knives in the back seat. Looking at the driver he asked, "Sir, do you have a good reason for needing all those large knives?" Smiling the driver said, "Why yes, I juggle them." Realizing the officer was giving him a skeptical look the driver said, "Sir, with your permission I'd be more than glad to give you a demonstration." Cautiously the officer stepped back and said "Alright, but you'd better be telling the truth." A few seconds later, the man was on the side of the road tossing the knives high into the air with ease as the police officer watched, mesmerized. Two old men happened to drive by and both gazed in astonishment. The one looked at the other and said "Sure glad I gave up drinking, these sobriety tests are getting ridiculous!"
police joke juggler police officer knife demonstration permission skeptical old men astonishment
Rate: Dislike Like
Puns
If you're attacked by a group of clowns...
Go for the juggler.
I Can't Manage That Test! 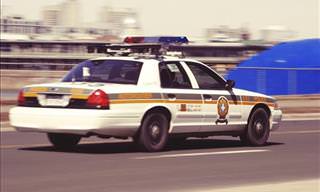 A Georgia State Trooper pulled a car over on I-95 about two miles south of the Georgia/South Carolina state line. When the Trooper asked the driver why he was speeding, the driver answered that he was a magician and a juggler and he was on his way to the next city to do a show that night and didn't want to be late. The Trooper told the driver he was fascinated by juggling, and if the driver would do a little juggling for him that he wouldn't give him a ticket. The driver told the Trooper that he had sent all of his equipment on ahead and didn't have anything to juggle. The Trooper told him that he had some flares in the trunk of his patrol car and asked if he could juggle them. The juggler stated that he could, so the Trooper got three flares, lit them and handed them to the juggler. While the man was doing his juggling act, a car pulled in behind the patrol car. A drunk good old boy, from S.C., got out and watched the performance briefly. He then went over to the patrol car, opened the rear door and got in. The Trooper observed him doing this and went over to the patrol car, opened the door and asked the drunk what he thought he was doing. The drunk replied, "You might as well take my behind to jail, 'cause there's no way in hell I can pass that test."
car drunk joke police joke juggler equipment trooper georgia juggling flares
Rate: Dislike Like
Contact us | Help | About us | Terms | Privacy policy | Categories | Collections