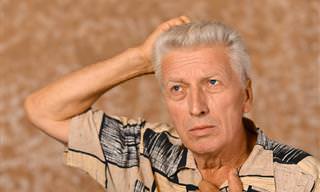 As Chester left a pottery class, he desperately gave himself a personal TSA pat down. He was looking for his keys. They were not in his pockets. A quick search in the meeting room revealed nothing. Suddenly he realized that he must have left them in the car. Frantically, he headed for the parking lot. Chester’s wife, Sally, had scolded him many times for leaving the keys in the ignition. Chester’s theory is that the ignition is the best place not to lose them. Sally’s theory is that the car will be stolen. As Chester burst through the doors, he came to a terrifying conclusion: Sally’s theory was right. The parking lot was empty. He immediately called the police. He gave them his location, confessing that he had left the keys in the car and that it had been stolen. Then Chester made the most difficult call of all. "Honey," he stammered (He always calls her "honey" in times like these) "I left my keys in the car, and it has been stolen." There was a period of silence. Chester thought the call had been dropped, but then he heard Sally’s voice. "Chester!" she barked, "I dropped you off!" Now it was his time to be silent. Embarrassed, he said, "Well, come and get me." "I will!" Sally retorted, "Just as soon as I convince this cop to take off the handcuffs!"
senior couple car husband wife marriage joke keys police handcuffs
Rate: Dislike Like
Want to start your day laughing? Register to our Daily Joke! Want to start your day laughing? Register to our Daily Joke!
Did you mean:
Continue With: Facebook Google
By continuing, you agree to our T&C and Privacy Policy
Contact us | Help | About us | Terms | Privacy policy | Categories | Collections