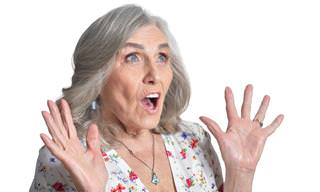 A woman went to the emergency room, where she was seen by a young new doctor. After about 3 minutes in the examination room, the doctor told her she was pregnant. She burst out of the room and ran down the corridor screaming. An older doctor stopped her and asked what the problem was; after listening to her story, he calmed her down and sat her in another room. Then the doctor marched down the hallway to the first doctor's room. "What wrong with you?" he demanded. "This woman is 80 years old, she has two grown children and several grandchildren, and you told her she was PREGNANT?!" he new doctor continued to write on his clipboard and without looking up said: "Does she still have the hiccups?"
children doctor joke pregnant doctor hospital woman young grandchildren screaming emergency room clipboard
Rate: Dislike Like
Contact us | Help | About us | Terms | Privacy policy | Categories | Collections