The Nun and the Cabby 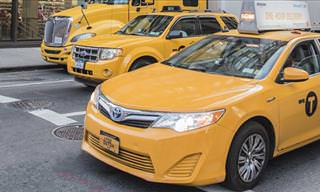 A nun gets into a cab and notices that the VERY handsome cab driver won't stop staring at her. She asks him why he is staring. He replies: "I have a question to ask you but I don't want to offend you." She answers, "My son, you cannot offend me. When you're as old as I am and have been a nun as long as I have, you get a chance to see and hear just about everything. I'm sure that there's nothing you could say or ask that I would find offensive." "Well, I've always had a fantasy to have a nun kiss me." She responds, "Well, let's see what we can do about that: #1, you have to be single and #2, you must be Catholic." The cab driver is very excited and says, "Yes, I'm single and Catholic!" "OK," the nun says. "Pull in to the next alley." The nun fulfills his fantasy with a kiss that would make a hooker blush. But when they get back on the road, the cab driver starts crying. "My dear child," says the nun, "why are you crying?" "Forgive me but I've sinned. I lied and I must confess, I'm married and I'm Jewish." The nun says, "That's OK. My name is Kevin and I'm going to a fancy dress party."
rude joke religion joke nun cab driver
Rate: Dislike Like
Time For Him to Know the Truth 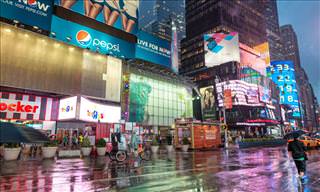 A woman and her son were taking a cab in New York City. It was raining and all the hookers were standing under the awnings. "Mommy," said the little boy, "what are all those ladies doing?" "They're waiting for their husbands to get off of work," she replied. The cabbie turns around and says, "Geez lady, why don't you tell him the truth? They're hookers. They sleep with men for money." The little boy's eyes get wide and he says, "Is that true, mommy?" His mother, glaring at the cabbie, answers in the affirmative. After a few minutes, the kid asks, "Mommy what happens to the babies those ladies have?" "They mostly become cab drivers," she replied.
family son mother cab driver comeback joke hooker cabbie
Rate: Dislike Like
Quotes
I dream of moving to India, or Pakistan, and becoming a cab driver.
Zach Galifianakis
Taking the Wife to the Strip Club

John worked hard for his living and his wife decided that he deserved a treat for his birthday, so she blindfolded him and took him to a local strip club. The doorman at the club greeted them and said, "Hey, John! How ya doin?" Once inside, his wife removed the blindfold but she was puzzled and asked if he'd been to this club before. "Oh no," said John. "He's one of the security guys I meet on my business trips." When they were seated, a waitress asked John if he'd like his usual and brought over a Budweiser. His wife was becoming increasingly uncomfortable and said, "How did she know that you drink Budweiser?" "I recognize her, she's the waitress at the bar around the corner from work. I always drop in and have a Bud on Fridays, honey.” A stripper then came over to their table, threw her arms around John, started to rub herself all over him and said, "Hi Johnny. Want your usual table dance, big boy?" John's wife, now furious, grabbed her purse and stormed out of the club. John followed and spotted her getting into a cab. Before she could slam the door, he jumped in beside her.John tried desperately to explain how the stripper must have mistaken him for someone else, but his wife was having none of it. She was screaming at him at the top of her lungs, calling him every four letter word in the book. The cabby turned around and said, "Geez John, you picked up a real piece of work this time."
marriage joke cheating joke cab driver strip club
Rate: Dislike Like
Contact us | Help | About us | Terms | Privacy policy | Categories | Collections