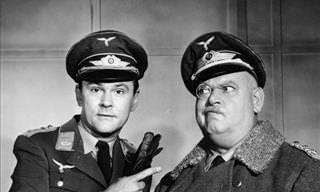 An English prisoner of war was held by the Germans. The Englishman was shot all over the place, and okay until one day when the German told him, "Englander, your arm is infected with gangrene we must cut it off." The English prisoner said, "Well, okay, but could you drop it over England when you go bombing." The German replied, "Yeah that will not be a problem." A few weeks later the German tells the Englishman that they have to cut his other arm off. The Englishman says, "Well, could drop it over England like you did last time." "Yeah, that will be done," says the German. The next day the German tells him that they have to cut his leg off. Once again the Brit says, "Well, could you do the same as before." The German replies, "Ok." Next day the German tells him they have to cut his other leg. "Well," begins the Brit, "could you just..." "NO!" Snapped the German. "We think you are trying to escape!"
soldier British Englishman German war army joke prisoner infected prisoner of war gangrene bombing
Rate: Dislike Like
Want to start your day laughing? Register to our Daily Joke! Want to start your day laughing? Register to our Daily Joke!
Did you mean:
Continue With: Facebook Google
By continuing, you agree to our T&C and Privacy Policy
Contact us | Help | About us | Terms | Privacy policy | Categories | Archive | Collections
Login
Already registered?
Enter your email address and get full access.
Did you mean:
Not a member? Click Here
Personal Details