Funny Family Poems
Jokes > Tags > Who wants to be a millionaire

Who wants to be a millionaire 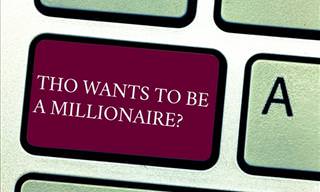 Irish Bobby went to American for his dream to make a lot of money. Luck striking like lightning, he found himself invited to "Who Wants to Be a Millionaire." Many questions later and he is doing rather well. He is at the final question for a million dollars, he has only one lifeline left - phone a friend. The question comes: "Which bird does not make a nest? A) a Sparrow, B) a Swallow, C) a Blackbird or D) a Cuckoo Bobby doesn't know so he calls his friend Billy. Billy answers 'by Christ Bobby, it's a cuckoo -  100%.' Bobby goes with the advice his friend gave him and indeed that answer wins the million dollars and he is so very happy. Afterward, Bobby rings Billy and asks him 'How the heck did you know that? You're no bird expert!' 'Well Bobby you idiot," Said Billy, "What an easy question, He lives in a bloody clock, right?"
silly joke dad joke who wants to be a millionaire cuckoo
Rate: Dislike Like
Want to start your day laughing? Register to our Daily Joke! Want to start your day laughing? Register to our Daily Joke!
Did you mean:
Continue With: Facebook Google
By continuing, you agree to our T&C and Privacy Policy
Contact us | Help | About us | Terms | Privacy policy | Categories | Collections