A Difference in Prizes 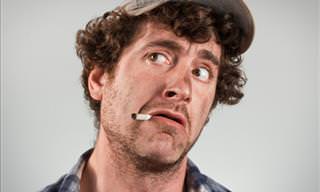 Bubba and Billy Bob were known for having quite a bit below the average smarts around Little Rock. One day, in the Little Rock Walmart, they decided to get in on the weekly charity raffle. They each bought five tickets at a dollar a pop. The following week, when the raffle was drawn, each had won a prize. Billy Bob won 1st place - a year's supply of gourmet spaghetti sauce and extra long spaghetti. Bubba won 6th prize - a toilet brush. About a week or so had passed when the men met back at Walmart. Bubba asked Billy Bob how he liked his prize, to which Billy Bob replied, "Great!, I love spaghetti!" Billy Bob asked Bubba, "How 'bout you, how's the toilet brush?" "Not so good," replied Bubba, "I reckon I'm gonna switch back to paper."
Walmart stupidity joke tickets dollar charity raffle spaghetti bought gourmet redneck joke toilet brush
Rate: Dislike Like
Want to start your day laughing? Register to our Daily Joke! Want to start your day laughing? Register to our Daily Joke!
Continue With: Facebook Google Use Email
By continuing, you agree to our T&C and Privacy Policy
Contact us | Help | About us | Terms | Privacy policy | Categories | Collections