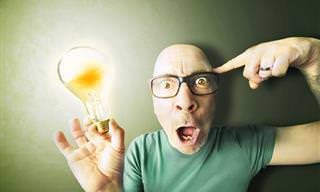 A man starts his new job as the administrator of an insane asylum. While he is given his orientation, he was asked if he had any questions. “Yes, how do we know if a patient is ready to leave the asylum?” He asks. “Well,” the director says. “We just ask them a simple question and based on their response determine if they need to stay longer.” The director then calls up three patients for a demonstration. He asks the first one, “What is 6 times 6?” The patient is shaking and nervously says “1000?” The director shakes his head “no, give this one six more months,” He then turns to the next patient. This one jumps up and down and screams “February!” “Oh god no!” Says the director. “Another year for this one!” Finally, he turns to the third patient who looks at him calmly and says, “Well, the answer is obviously 36.” “Yes!” Exclaims the director. “How did you know that?!” “Easy, I just divided 1000 by February.”
patients february administrator demonstration determine insane asylum crime & prison joke six months
Rate: Dislike Like
Want to start your day laughing? Register to our Daily Joke! Want to start your day laughing? Register to our Daily Joke!
Did you mean:
Continue With: Facebook Google
By continuing, you agree to our T&C and Privacy Policy
Contact us | Help | About us | Terms | Privacy policy | Categories | Archive | Collections