Why didn’t the printer print the fake news?
Because he didn’t know the fax!

Not One to Be Outdone 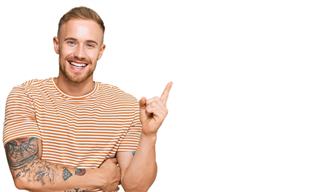 Three men - an American, a Japanese and an Irishman - were sitting naked in a sauna. Suddenly there was a beeping sound. The American pressed his forearm and the beep stopped. The others looked at him questioningly. "That was my pager," he said. "I have a microchip under the skin of my arm." A few minutes later a phone rang. The Japanese fellow lifted his palm to his ear. When he finished, he explained, "That was my mobile phone. I have a microchip in my hand." The Irishman felt decidedly low tech and, not wanting to be outdone, he decided he had to do something just as impressive. He stepped out of the sauna and went to the bathroom. He returned with a piece of toilet paper hanging from his behind. The others raised their eyebrows and stared at him in bewilderment. "It appears that you've got a bit a of a stuck paper problem there," pointed the amused American. "Well, of course." The Irishman was quick to respond. "I must be getting a fax."
silly joke technology Irishman fax
Rate: Dislike Like
Want to start your day laughing? Register to our Daily Joke! Want to start your day laughing? Register to our Daily Joke!
Did you mean:
Continue With: Facebook Google
By continuing, you agree to our T&C and Privacy Policy
Contact us | Help | About us | Terms | Privacy policy | Categories | Archive | Collections
Login
Already registered?
Enter your email address and get full access.
Did you mean:
Not a member? Click Here
Personal Details