Jokes and puns for sonic:
Related Tags: sonic
One Liners for Kids
What do you get when you cross Sonic The Hedgehog and Curious George? 2 Fast 2 Curious
A Lesson in Fighter Plane Humility 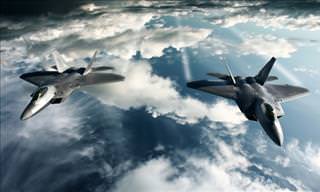 A C-130 was lumbering along when a cocky F-16 flashed by. The jet jockey decided to show off and told the C-130 pilot: 'watch this!' and promptly went into a barrel roll followed by a steep climb. He then finished with a sonic boom as he broke the sound barrier. The F-16 pilot asked the C-130 pilot what he thought of that? The C-130 pilot said, 'That was impressive, but watch this!' The C-130 droned along for about 5 minutes and then the C-130 pilot came back on and said: 'What did you think of that?' Puzzled, the F-16 pilot asked, 'What the heck did you do?' The C-130 pilot chuckled. 'I stood up, stretched my legs, walked to the back, took a leak, then got a cup of coffee and a cinnamon roll." And the lesson? When you are young & foolish - speed & flash may seem a good thing. When you get older & smarter - comfort & boredom is not such a bad thing. Us older folks understand this one, it's called S.O.S - Slower, Older and Smarter!
Joke plane fighter plane funny army jokes senior jokes army army joke
Rate: Dislike Like
Contact us | Help | About us | Terms | Privacy policy | Categories | Collections