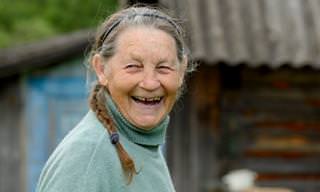 It was 1832, and three women of different ages were walking back to their small farming village. They were carrying their shopping from the market from the next town. As they draw nearer to their village, they turn a bend in the road and suddenly hear a mumble from what they thought was a pile of mud. They cautiously moved closer to the sound, and in the golden light of the setting sun, they saw that indeed it was a mud puddle, but with a naked man lying face down in the puddle, with his head just out of it. "Could be someone from the village." Said the first woman. "We should check and help them back, they could freeze when night comes." Said the second woman. However, his face was so covered with mud she couldn't tell. "Turn him over." Said the third, older woman matter-of-factly. The other two use their feet to gingerly turn the man over. Then let their eyes go downwards. "Well," said the first woman dryly, "He's not my husband, that's for sure." The second woman looks over her shoulder and says: "Yep, that's not your husband." The third woman takes a closer look and straightens with a curse. "Don't worry girls, he's not even from our village."
rude joke farmer joke village women passed out naked man
Rate: Dislike Like
Want to start your day laughing? Register to our Daily Joke! Want to start your day laughing? Register to our Daily Joke!
Did you mean:
Continue With: Facebook Google
By continuing, you agree to our T&C and Privacy Policy
Contact us | Help | About us | Terms | Privacy policy | Categories | Collections