If I Had a Dollar For Each Of These Jokes...
Jokes > Tags > Hickey Jokes

Johnny and His Little Secret 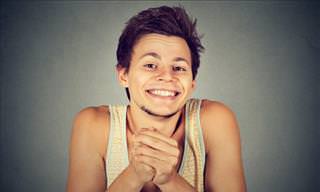 One day, mother walked in on teen Johnny making out with his girlfriend. Johnny felt this was awkward, and he didn't want to the family to know he has his first girlfriend and tease him. But his mother smiled and said: "Don't worry Johnny, I won't tell your father, this will be our little secret." The next day Johnny sat to breakfast with all his family, when his father noticed a hickey on his neck. "Son," He said, "where did that hickey on your neck come from?". Johnny replied: "That is me and mother's little secret." The rest of the breakfast was very quiet.
father mother dark humor hickey girlfriend johnny
Rate: Dislike Like 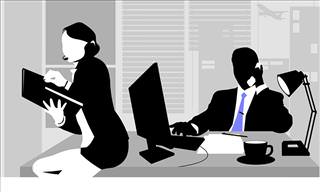 A married man decided to work late to be with his young secretary, so he called his wife to make up an excuse. After work, he invited his secretary to dinner. It soon became obvious that he was going to get lucky, so the two went back to her apartment and made love for two hours. Afterward, the fellow went to the bathroom to straighten up for the trip home and noticed a huge hickey on his neck. He panicked, wondering what he was going to tell his wife. After the man unlocked his front door, his dog came bounding to greet him. A-ha, the man thought, and promptly fell to the carpet, pretending to fight off the affectionate animal. Holding his neck with one hand, he said, "Honey, look what the dog did to my neck!" "Hell, that's nothing" she answered, ripping open her blouse. "Look at what he did to my breasts!"
dog joke about men marriage joke cheating joke combeack joke hickey
Rate: Dislike Like
Want to start your day laughing? Register to our Daily Joke! Want to start your day laughing? Register to our Daily Joke!
Did you mean:
Continue With: Facebook Google
By continuing, you agree to our T&C and Privacy Policy
Contact us | Help | About us | Terms | Privacy policy | Categories | Archive | Collections
Login
Already registered?
Enter your email address and get full access.
Did you mean:
Not a member? Click Here
Personal Details