It Only Takes a Sermon 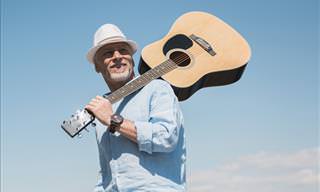 An elderly man was quite unhappy because he had lost his favorite hat. Rather than purchasing a new one, he decided he would go to church and steal one out of the vestibule. When he got there, an usher intercepted him at the door and took him to a pew where he had to sit and listen to an entire sermon on the Ten Commandments. After church, the man met the preacher in the vestibule doorway, shook his hand vigorously and said, "I want to thank you for saving my soul today, preacher. I came to church to steal a hat, but after hearing your sermon on the Ten Commandments, I decided against it." "You mean the Commandment, Thou shall not steal, changed your mind?" the preacher asked. "No, the one about adultery did," the old man said. "As soon as you said that, I remembered where I left my old hat."
religion joke priest cheating joke adultery commandment
Rate: Dislike Like
Contact us | Help | About us | Terms | Privacy policy | Categories | Collections