The Lawyer, the Friend and the 2 Bears 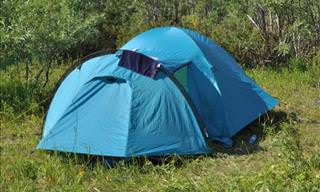 A lawyer and his Czechoslovakian friend were camping in a backwoods section of Maine. Early one morning, the two went out to pick berries for their morning breakfast. As they went around the berry patch, gathering blueberries and raspberries in tremendous quantities, along came two huge bears - a male and a female. The lawyer, seeing the two bears, immediately dashed for cover. His friend, though, wasn't so lucky, and the male bear reached him and swallowed him whole. The lawyer ran back to his Mercedes, tore into town as fast as he could, and got the local backwoods sheriff. The sheriff grabbed his shotgun and dashed back to the berry patch with the lawyer. Sure enough, the two bears were still there. "He's in THAT one!" cried the lawyer, pointing to the male, while visions of lawsuits from his friend's family danced in his head. He just had to save his friend. The sheriff looked at the bears, and without batting an eye, leveled his gun, took careful aim and shot the female. "What did you do that for?!" exclaimed the lawyer, "I said he was in the other!" "Exactly," replied the sheriff. "Would YOU believe a lawyer who told you the Czech was in the male?"
lawyer bear lawyer joke sheriff word play dad joke mercedes shotgun berries
Rate: Dislike Like
Contact us | Help | About us | Terms | Privacy policy | Categories | Collections