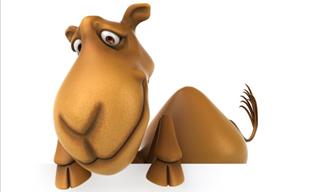 Joke: The Desert, the Camel and the Meal

Three English men were walking through a desert. They were tired and thirsty but most of all hungry. Soon, they came across a nomad with about two camels, one alive and one very much dead. The nomad said "Hey there, you guys look hungry" The three men all nodded. 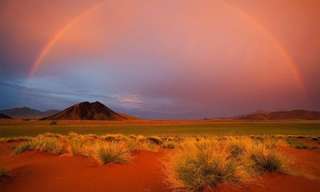 Who Knew the Desert Was So Colorful?

The desert of Namibia, the Namib , stretches for more than 2,000 kilometres (1,200 mi) along the Atlantic coasts of Angola, Namibia, and South Africa, extending southward from the Carunjamba River in Angola, through Namibia and to the Olifants River in Western Cape, South Africa. 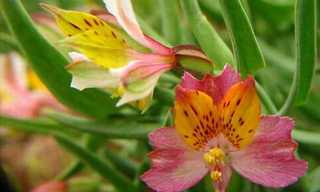 Atacama Desert in the Spring Gets Covered With Flowers...

The Atacama Desert of Chile is infamous as one of the driest places on Earth. however, due to the higher than usual amount of winter rains related to the El Niño phenomenon, there is a colorful surprise: This desert will burst into a banquet of color and flower. 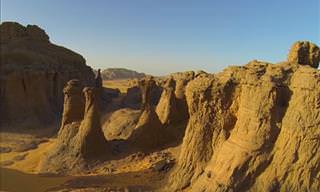 Prepare to Witness the Sheer Beauty of the Sahara Desert!

This video below will take you on a personal tour of the Algerian part of the Sahara Desert in crisp 4K resolution. 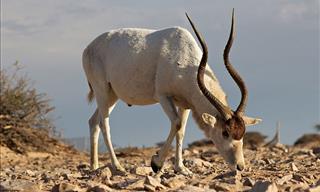 10 Incredible Animals Built to Survive in the Sahara Desert 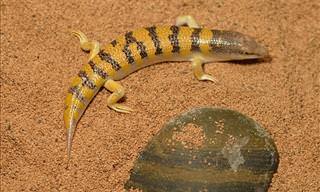 How Have Desert Animals Adapted to Life? Find out Here!

Desert Tortoise While most shelled reptiles make their homes in wet forest environments, open oceans, and swamps, some have also managed to conquer the desert. Native to the southwestern United States, the desert tortoise stands out as a remarkable example of adaptation to desert climates. 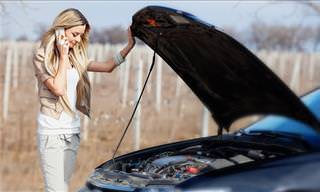 Have You Heard This One? Breaking Down in the Desert 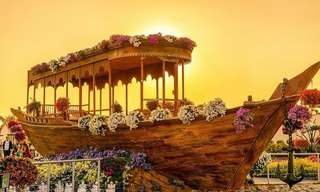 Dubai is known as a glamorous city of skyscrapers in the Arabian desert. The idea of it also having the world’s largest natural flower garden doesn’t naturally spring to mind. 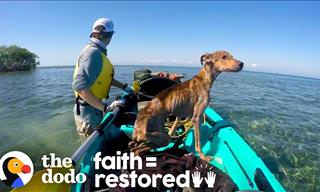 This Dog Was Left on a Deserted Island, Until...

Who would abandon a pup on a deserted island? I hope I never find out the answer to that question, I wouldn't want to break the law... But happiness ensues because kind hearted humans noticed this abandoned doggie and a group immediately sent help. 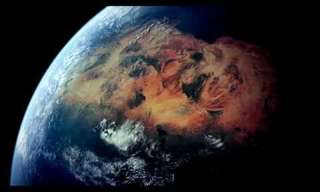 Those who have been to the desert will tell you - The desert seems desolate, but it has its own beauty, its own cycle of life and death, it's own breathtaking views. It is a part of the amazing magnificence that is our planet. 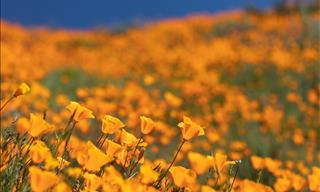 The Desert Superbloom is Something Everyone Muse See

Superbloom is one of the most mesmerizing natural phenomenons: a season in which unusually large amounts of wildflowers bloom in the California desert. It is definitely a sight to behold: miles and miles of beautiful flowers thriving in the most unlikely environment. 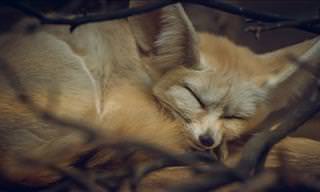 10 Fluffiest, Cutest Creatures that Survive in the Desert

Even in the scorching, dry conditions of the desert, you can find unusual animals with some striking characteristics lurking around. You'll find them dozing off in the dens they call home while sheltering from the blazing sun; or scavenging for food in the middle of the night. 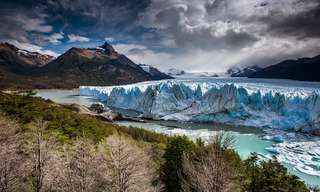 Patagonia: A Desert You Long to Journey Through 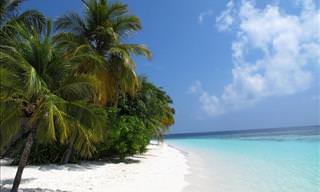 Would You Love to Live on These Deserted Island Paradises?

Have at look at these 16 deserted island paradises and see which you could envision yourself inhabiting. Click on images to enlarge 1. 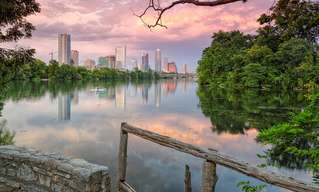 The image of Texas as a desert state has been born out of countless movies, always showing texas as a great big desert, full of dust, cattle and big cars with horns on them. 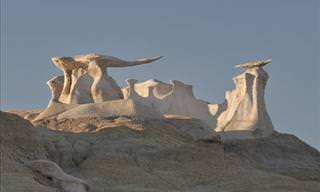 Do You Want to Travel to Another Planet? Go to New Mexico!

Source “The desert, when the sun comes up... I couldn't tell where heaven stopped and the Earth began.” - Tom Hanks Source “If the desert allows the trees to proliferate, the desert shall disappear! Therefore the desert has no choice but to be the enemy of the trees!” 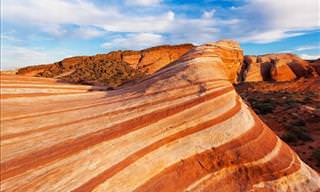 Discover the Secrets of the Spectacular Valley of Fire

Source Nowadays, it is a desert that is dry for the majority of the year. The top soil seems to flake after the brief, rare instances of rain. Source It is clear to see that nature is quite the artist - carving the rock as if it were clay, while painting the desert in hues of browns and oranges. 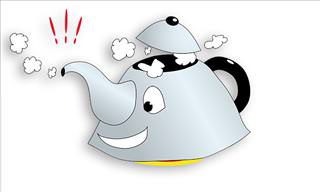 Hilarious: Stuff Like This Happens When He Comes to Town

A man who had spent his whole life in the desert visited a friend. He'd never seen a train or the tracks they run on. While standing in the middle of the railroad tracks, he heard a whistle, but didn't know what it was. 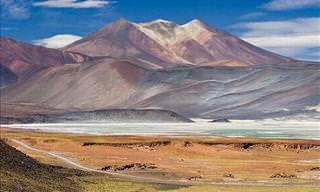 Have You Seen the Driest Place on Earth? It's Truly Beautiful

The Atacama Desert in northern Chile is famous for being the driest place in the world. 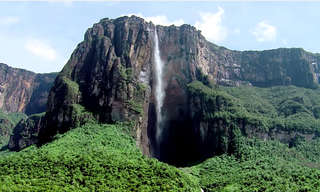 See Planet Earth Like You've Never Seen It Before...

The virtual tour of Earth extends from the vast mountain ranges to the scorching hot deserts, and even through the massive ice glaciers surrounding the North Pole. This spectacular video will take you across a fascinating journey that encompasses all the natural beauties of our remarkable planet! 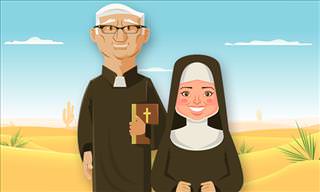 It Looks Like the Camel's Gone and Humped Itself (Joke)

A nun and a priest were traveling across the desert and realized halfway across that the camel they were using for transportation was about to die. They set up a make-shift camp, hoping someone would come to their rescue, but to no avail. Soon the camel died. 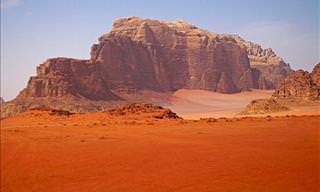 Take a look At Jordan’s 10 Most Impressive Sites!

We invite you to check out the 10 most amazing and fascinating places in the Kingdom of Jordan, from the mountainous, green and verdant north to the vast desert south, which will reveal to you it’s true and hypnotic beauty. Click on images to enlarge 1. 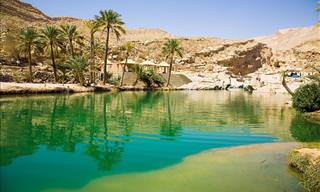 Paradise on Earth: The World's Most Stunning Oases

A desert oasis can be a truly magical place. There's nothing quite like coming across a glistening body of water in the middle of a scorching hot desert. Below, you'll find 8 of the most wonderful oases that can be found on the face of the earth, that perfectly bring out this stunning contrast. 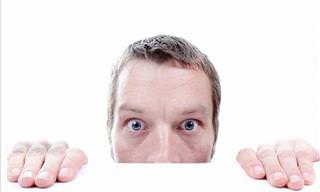 A fleeing criminal, desperate to escape the police , runs into the desert with hardly any water. Very soon, he runs out of drinking water, and hours later, he is already plodding under the merciless desert sun. He is close to desperation when suddenly, he sees something far off in the distance.