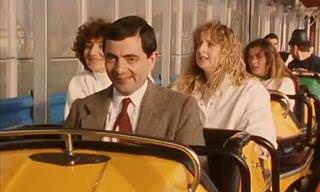 This classic scene from the famous comedy show Mr.Bean with Rowan Atkinson is always a delight and gives us a few good minutes of laughter! 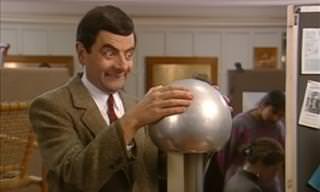 Whether he's in the art gallery, at a calligraphy demonstration, or even in the science lab, nobody is safe when Mr. Bean is around! 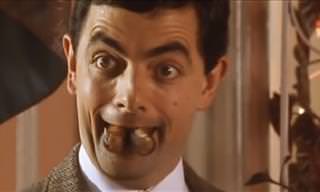 Mr. Bean's eating competition against a fellow guest is going swimmingly until he eats a batch of spoiled oysters... 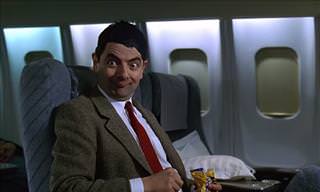 In this hilarious video clip, Mr. Bean is flying to America...but things don't go as smoothly as he'd have hoped. 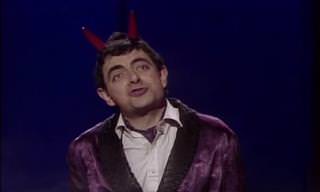 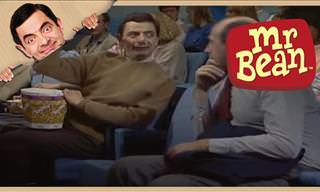 Another classic comedy moment with Mr. Bean as he takes his girlfriend to see a movie. Simple right? Anything but. 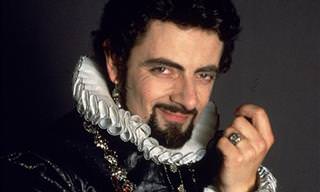 The Classic Comedy of Rowan Atkinson: A Full Performance!

The comedy of Rowan Atkinson like you've never seen him before - a full performance! 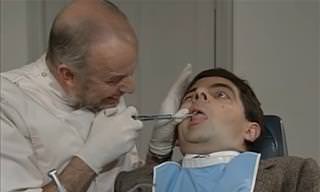 This funny sketch will make you laugh! 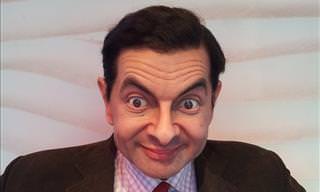 Mr. bean (Sir Rowan Atkinson) is one of comedy’s most memorable characters. Get your funny bone ready for some serious tickling, as we show you 18 of Mr. Bean's funniest skits ever. 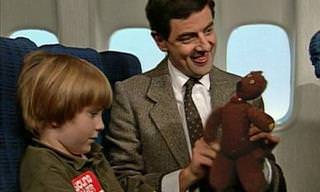 Uproarious: Please Don't Sit Next to Me, Mr. Bean!

Mr. Bean is back, and this time he's on a plane trying to cheer up a young boy who is feeling a little sick. The results are of course hilarious! 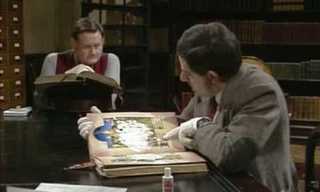 Another classic scene from the silent comedian who manages to make me laugh more than a dozen talking stand up artists. 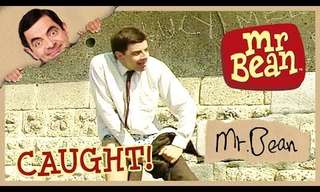 Mr. Bean goes to the Beach! 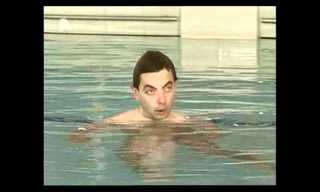 Another comedy gem from the ever-funny Mr. Bean. 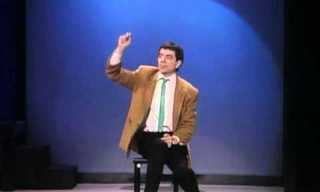 Some may know him only by his famous silent role as 'Mr. Bean', but Rowan Atkinson has been an amazing comedian for decades, and has written and produced some of the most memorable comic scenes. This is one such hilarious comic routine,in which he de 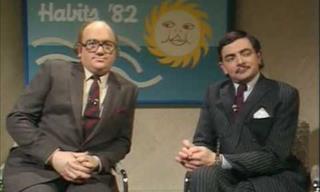 This video is a compilation of some of the funnier short sketches that are still grin-inducing today. 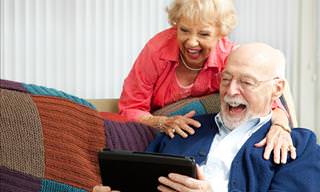 When 2 Comedy Geniuses Combine, the Results are Hilarious

When Rowan Atkinson and John Cleese get together on the stage, you just know that there's going to be a lot of laughter. 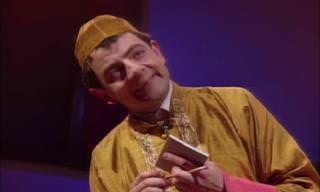 When it Comes to Comedy, Rowan Atkinson Knows Best!

Rowan Atkinson plays an Indian restaurant owner who is trying to deal with drunk customers. This is a must watch! 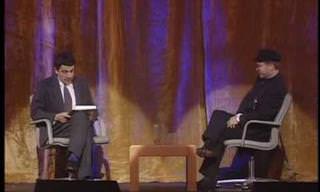 Funny! Rowan Atkinson Has Some Questions for Elton John

Rowan Atkinson has the chance to interview Elton John, and he clearly wants to get something off his chest... 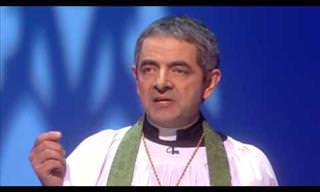 Rowan Atkinson, the famous comedian, gives a sermon the likes of which you've never heard... 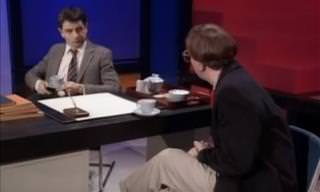 Too Funny! You Should Always Carry Your Library Card!

A routine teacher-parent meeting starts bad and just gets worse... 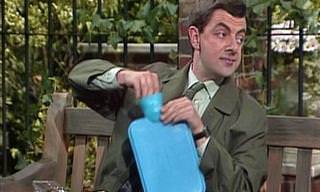 Classic Comedy: The Case of the Troublesome Sandwich

Among all the hundreds of hilarious Mr. Bean sketches, this is one of my all time favorites